NAB's shift to digital gets personal 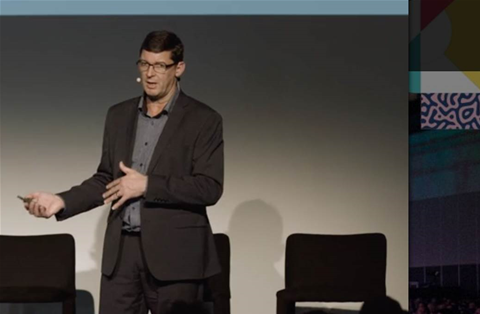 NAB is piloting a series of ways to personalise the experience its customers have when logged into its mobile app, with the challenge now to scale those experiments to its entire app user base.

Communications capability senior consultant Greg Moore told Adobe Symposium Australia 2018 that the bank is using an Adobe stack to more effectively engage customers and to recognise and remove bad experiences from its app.

The efforts fall broadly within the bank’s ‘one NAB plan’ strategy, which aims to improve customer experience, in part by offering stronger digital capabilities.

“One of the things we’ve been a little bit behind our competitors with is in our digital space,” Moore said.

“We’re really focused on how we uplift that experience for our customers, knowing that in today’s world, digital is certainly where most of our customers want to interact.”

The retail bank has concentrated much of its efforts around its NAB app.

“The reason that’s important is because our mobile app users are among our most profitable, engaged and sticky - they stay with us,” channel analytics manager Matthew Peters said.

Moore’s work is primarily focused on marketing campaign execution and sees the bank making greater use of its app to engage with customers in a personalised way - and ideally in a way the customer has specified they’d be open to interacting with the bank.

These experiences are operating across a sample of customers, and NAB’s next challenge will be scaling up its experiments to work for all app users.

Underpinning these experiments is a suite of Adobe products including Campaign, Analytics, Audience Manager and Experience Manager.

Moore said that the bank’s previous tool for targeting customers with “one-to-one messages” was built around batch processing and “traditional channels”.

“Our data was a minimum one day old when we first identified the customers we wanted to target for one-to-one messages in our apps,” he said.

“It was fed to another database and it could sit in there for up to a week before the customer might come to our desktop version of internet banking or our mobile app.

“A lot can change in that one week so by the time we served up that message it was no longer relevant.”

The desktop and mobile app also ran on different content management systems, meaning the bank’s marketers usually ended up targeting messages at one platform (since targeting both required “a lot of rework” and interaction with multiple internal teams).

When the bank redesigned its mobile app, it involved customers in that process. A similar strategy was used to determine how customers wanted to see different types of messages communicated through that app.

“We came up with different ways the customer wanted to see the messages,” Moore said.

The bank is pursuing three initial use cases via a “pilot group” of users.

“The infrastructure that underpins [Adobe] Campaign for our pilot really isn’t scaled to be able to deal with every logon of customers on the app, so we’ve had to contain which customers are going to see our messages as a pilot group,” Moore said.

“We used [Adobe] Audience Manager to create that test group of customers to control who’s coming through to Campaign via the app, and we’re using [Adobe] Experience Manager for content like promotional offers [through the app].”

The first use case piloted through the app was to encourage customers to update their contact details.

“Data remediation was very important for us. As you know if you haven’t got contact information it’s very difficult to have that one-to-one communication with your customers,” Moore said.

“In this particular case, email is something we’ve never been strong on at NAB. Traditionally we were a big direct mail shop.

“As we’ve moved to Adobe Campaign we’ve really tried to ramp up the usage of email so in this particular use case we looked at customers who we tried to contact via email and were getting bouncebacks, and we used this capability to put a message in front of them. If they interacted with that message we’d take them directly to a page within the app where they could update their contact details.”

Moore said that 20 percent of customers that the bank had previously been unable to rouse through email updated their details based on the in-app prompt.

A second use case tested the bank’s ability to cross-sell other financial products through the app. NAB used a credit card offer.

“We tried to contact these customers via other channels like email and direct mail, but it wasn’t having an impact,” Moore said.

“By targeting via the app versus those other channels, we were able to get much better uplift than what we get from those additional channels.”

The offer initially took up very little screen real estate: something that customers had specifically asked for.

If a customer taps for more information, “then it goes to a full page overlay where they can get that level of detail they want to know more about that particular offer.

“On the bottom if they click on ‘find out more’ it would redirect them to another page within our website that allowed them to go straight through to application if they decided to proceed,” Moore said.

The third pilot use case is around what NAB is calling “tool tip” or “feature exposure” - essentially providing tips on how to use different functions within the app via a rotating carousel.

One of the tested tips was to drive uptake of a feature that lets customers name their accounts in the app, which could be useful if the customer held multiple accounts and wanted to easily differentiate between them on a single app screen. About eight percent of users served a message about the feature began to use it.

Moore said that overall the bank is seeing results from its pilots, though much of the heavy lifting on the project is still yet to come.

“Now it’s about scaling it up,” he said.

“This next 12 months is really about uplifting our infrastructure, moving ourselves into the cloud so we can scale and handle the 50 million logins a month [to the app] and have messages for everybody.”

He also said the bank had accumulated “a backlog of [additional] use cases and would be adding “another half-dozen messages [to be] displayed in the app” over the next two months.

Separately, NAB is using some of the other Adobe products to improve the app itself and to remove anything that could cause customers grief.

Channel analytics manager Matthew Peters said that customers tended to remember “bits of friction”, even if the overall experience was positive.

“I think as marketers we do a great job on the ‘happy day’ scenario but what we need to do is focus on where the things don’t go so right because that’s how you have an amazing experience all round,” Peters said.

“The way I try to articulate that is your experience is only as good as the last moment of friction. That’s one of the things we use Adobe Analytics for when we’re measuring our mobile app.”

Peters said that by working out why a piece of friction in the end-to-end experience was occurring and then working to remove it, the entire process became smoother.

NAB app users with an iPhone X are able to log into the app with Face ID, a facial recognition authentication feature built by Apple.

While that should create a “fluid” login experience - one less clunky than typing in usernames and passwords, Peters noted that a “particular cohort” of users were having trouble - first time users of the app.

“In Adobe Analytics, as part of the SDK [software development kit] you get lifecycle metrics and this one was on first launch,” Peters said.

“If a customer wasn’t using our app or internet banking frequently, they had trouble logging in, and if they didn’t log in successfully on that first attempt they’d try three or four times and then after that they’d give up and never ever use the app again.

“So we had one launch [of the app] and one launch only: if you had trouble logging in on your first launch we were unlikely to see you again.

“That’s where we identified a moment in that experience that we needed to do better.”

Single view of the customer

Peters noted that NAB uses its Adobe stack in part to create “one 360 degree view” of customers across all devices they might use to interact with the bank’s various channels.

That helps NAB work out who is going to be receptive to different personalised messages, as well as ensure it can execute with some degree of intelligence.

“One [use case] we’re looking at now is statements,” Peters said.

“We mail statements out for all your accounts and we’d like to encourage customers to have them delivered digitally, by email and available in the app or internet banking. One reason for that is because it’s quite expensive to print and post.

“But if we’ve already asked you and you’ve seen a message on this device talking about this proposition, we don’t want to do that again on a different device. Or, if we already showed you the message and you responded to it on internet banking on a web browser, and an hour later you’re on our mobile app, we don’t want to ask you again.

“That’s where we use [Adobe] Audience Manager to bring those things together and not show you that message [multiple times].”

Poorly designed processes did not simply inhibit use of the app: they also had a quantifiable financial impact on the bank.

Peters gave an example of an application form, where he said that the bank was able to put a dollar value on different configurations: for example, “the way a field looks, the colour of the font, and even the way we ask the question”.

“Being suboptimal on the UX - a moment of friction - will cost us,” he said.

“So over a three week period, despite having lots of applications through our mobile app for a particular experience, we quantified we lost $11 million in revenue on three moments of friction.

“When we identified what they were we were able to fix them easily but that’s how powerful those almost seemingly insignificant moments of friction can be.”