MacTel profits climb on back of "megatrends" 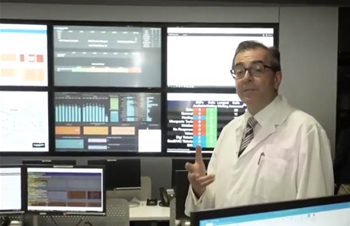 Macquarie Telecom’s financial 2018 year full-year results have delivered a decent bump in both profit and revenue on the back of what chairman Peter James called the megatrends of cloud and cybersecurity.

Put the two together, along with an Australian Signals Directorate rating to Protected level for government information for MacTel's government cloud customers, and the customers are willing to open their wallets.

Capital expenditure for the company was down $5 million on the previous year, with major spending directed towards ongoing maintenance and upgrades at its data centres. Put simply, the build money has been spent and now its time collect the cloud rent.

“Macquarie’s profitable growth has enabled us to invest across our business units,” said CEO David Tudehope in results filed to the ASX.

“Our confidence in the continued growth in demand for cloud underpins our decision to invest $75-80 million in the Macquarie Park Data Centre Campus.”

Heading into the next financial year, the telco plans to focus on leveraging the portion of the public service that have contracted with the Macquarie Government branch, growing its revenue through cybersecurity and its certified cloud computing platform.

It will also continue its spend on SD WAN networking technology.

However, the company has signalled that EBITDA the first half of the next FY19 will be comparatively flat due to one-off or “abnormal” items received in June.