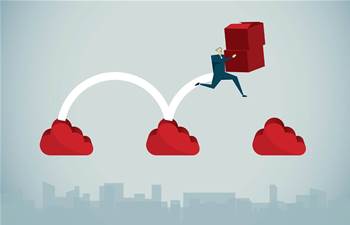 eCorner uses its own software to run retailers’ e-commerce websites and by doing so relieves them of the security and compliance chores required to accept credit card payments online.

The company works with retailers large and small, even serving some government agencies.

The company has long co-located its infrastructure with Macquarie Telecom, but that hardware was nearing end of life and required replacement.

General Manager Jae Debrincat considered a shift to the public cloud but rejected it on grounds that the work require to adopt the new paradigm was too expensive and extensive.

“Larger providers drop you in the deep end,” he said, explaining that approaches to AWS and Azure yielded explanations of how to migrate accompanied by suggestions of consultancies available to help.

But Debrincat said his past experience suggested those companies would “charge you an arm and a leg” and increase the cost of migration to unacceptable levels.

Macquarie Telecom, by contrast, designed and executed much of the new architecture and the migration plan to move eCorner onto it.

Debrincat told iTNews he suspects the company didn’t quite expect the volume of work required, but didn’t back away either once it saw the task ahead. “They committed more than they initially expected to,” he said.

That job included a move from Microsoft’s Hyper-V hypervisor to the VMware software that Macquarie uses to run its cloud.

While that move had a learning curve, Debrincat said his team was able to pick up the nuances quickly, but scratched their heads a bit over issues like different use of RAM that increased virtual machine disk sizes.

Money wasn’t an issue either, as the software is bundled in the cost of what Macquarie calls “compute units”. Not every eCorner customer consumes a full compute unit and the company also pays for storage and some other costs.

The result is infrastructure billed like a pure-play cloud, but without completely automatic scaling or provisioning.

Macquarie also lacks the colossal hardware fleet offered by hyperscale public clouds, so provisioning a new client can mean waiting for hardware. That wait is short: Debrincat said a replacement for a broken server once took an hour to implement.

But Debrincat said he’s pleased that eCorner has gone from several sysadmins responsible for working with actual hardware to just one worker working on infrastructure.

While he knows eCorner isn’t living the fully elastic cloud dream, he’s content to be somewhere between co-location and cloud as eCorner has both lowered costs, migrated without incurring them and rates its new infrastructure as “more tailored” than would have been possible in a hyperscale cloud.

Importantly, he can also show a client the precise server on which their instance of eCorner’s software runs.

Doing so is the antipathy of the hyperscale ethic that treats servers as disposable.

But for eCorner’s compliance-conscious clients, Debrincat said being able to point at a server and prove it’s on Australian soil is a valuable thing, even if it also feels a little archaic in this day and age.