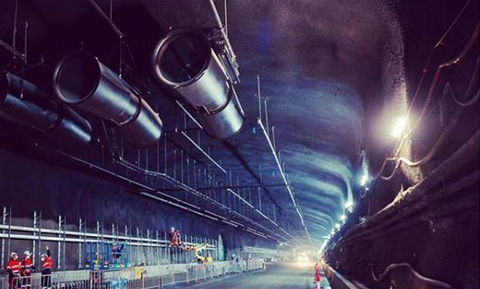 Intelligent transport, smart cities and the Internet of Things have all been hailed as game-changers to the way we travel.

But for road operators and regulators alike, there’s only one data point that really matters: the humble electronic bleep of tolls roads.

That’s the scenario now playing out in front of the powerful Australian Competition and Consumer Commission, which is considering whether or not an offer by road operator Transurban to publicly share its traffic and toll numbers will be enough to offset concerns it has too much market power.

The regulator is looking at the data issue because of concerns that a bid for a stake in Sydney’s controversial WestConnex motorway would create future disadvantage for Transurban’s competitors bidding on other toll roads because the operator would have better traffic visibility than its rivals.

"Some of the feedback from the industry has indicated that Transurban’s rivals may have trouble competing on an equal footing for future toll road concessions because they do not have the level of data that Transurban has," ACCC Chair Rod Sims said on Thursday.

"Given the short timeframe to review the proposed acquisition, the ACCC has decided to release Transurban’s proposed undertaking for consultation before reaching concluded views on these issues."

So to try and get the deal over the line and past the regulator, Transurban is essentially proposing to open-source the data it collects.

In specifics, what Transurban is putting on the table is a binding offer to share “15-minute-interval toll gantry data” every three months, including vehicle numbers, their toll type and the direction they are headed.

But it’s not the individual toll nodes of road system that matter so much as the network effect Transurban has created with the traffic data.

Transurban’s offer includes the “M2; Lane Cove Tunnel; Cross City Tunnel; M1; WestConnex itself; and any other toll road in NSW in which Transurban gains an interest,” the ACCC said.

“Transurban will also seek to publish data with the same level of detail for the M5, Westlink M7 and NorthConnex, subject to obtaining consent from its partners on those three roads, but if it is unable to obtain consent, it will publish a more aggregated set of data for those roads.”

The generation and custody of roads data is particularly important as governments gradually move towards distance based pricing which charges road users for how far they travel rather than what specific road.

Toll operators have a vital interest in the new revenue approach because governments have largely acknowledged that a shift in power sources will eat into existing revenue streams to fund roads.

The first pillar of roads funding anticipated to gradually fall is fuel excise as cars shift to hybrid and electric engines.

That puts companies like Transurban and its peers in the box seat to become primary sources of revenue collection and management as road systems become progressively more automated and augmented to make traffic levels more efficient and manageable.

It’s a shift that will make the ACCC’s road data decisions a precedent that will be closely scrutinized by all stakeholders for years to come.