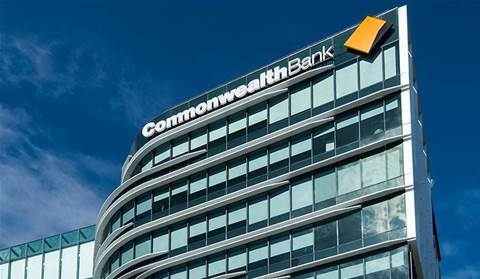 Delivering a $9.41 billion cash profit in annual results on Wednesday – a figure that would have tipped $10 billion without fines from regulators– total IT services expenses landed at $1.787 billion for the year ended June 30th 2018.

The figure represents a net increase of 13 percent in IT services costs for the year, helped along largely – and predictably – by software.

CBA’s results said the increase was “driven by a decision to implement a new institutional lending platform ($51 million) [and] a $58 million increase in amortisation of software assets.”

Day-to-day costs are also nudging up with the CBA’s results noting suppliers are jacking up prices.

Its breakdown of tech costs specifically cited “higher software licence costs” and “lower vendor rebates”, comments that are likely to translate to an increase in focus on cost control in the near to medium turn.

While not carried on the balance sheet as an IT expense, by far the biggest tech-related cost this year to the CBA is the $700 million fine it has been forced to absorb from AUSTRAC following the bank’s admission that its ATM fleet was not pinging the financial intelligence agency.

The true forces of that regulatory hit has been laid bare in figures for the CBA’s coveted cost-to-income ratio which drives bank profitability.

Including one-offs, “operating expenses to total operating income” came in at 44.8 percent, a mighty jump of 270 basis points (2.7 percent) compared to 42.1 the previous year.

Speaking on the CBA’s analyst call, chief executive Matt Comyn said that despite some of the issues the bank had faced, it’s transactional and core banking business continued to perform well.

This had been led by continued investment to maintain digital advantage, Comyn said.

“We want to be the digital leader bar none in the Australian market,” Comyn said, adding that “data and analytics has been a relative strength for us.”

Investment on that front would continue, he added, saying that the bank would be “bringing more innovation investment closer to the core.”

The push to maintain competitive advantage through technology and the holistic exploitation of customer data had been exemplified by the deployment of the CBA’s new customer experience engine.

“We analyse 27 billion data points in real time,” Comyn said, adding that the AI tool was being used to coordinate activities like CBA customers filling in online forms.

On the mobile app front, CBA is now clocking 5.1 million customer logins a day he said.

Analysts took the CBA’s hiccups in their stride.

“Congratulations on a great result, if you ignore everything that’s bad,” said CSLA analyst Brian Johnson.