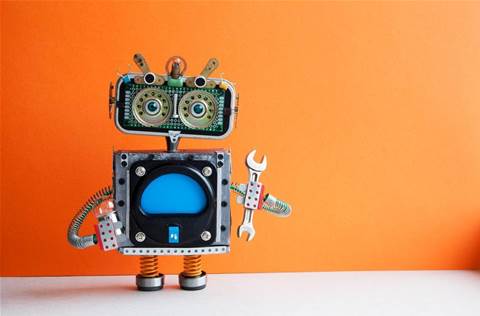 The NSW government is fast adopting a new “holistic” approach to IT procurement that has resulted in a complete rethink of how agencies and suppliers interact.

The work has culminated in the development of the new buy.nsw procurement platform, which aims to simplify the process of buying and selling IT for suppliers and agencies.

The government-wide platform - although currently limited to cloud services - is pitched to eventually become the state’s single channel for IT procurement.

It was born from the Department of Finance, Services and Innovation ICT procurement transformation program, but bares a stark resemblance to the federal government’s digital marketplace platform.

This is not surprising given that ex-Digital Transformation Agency kingpin Catherine Thompson, who was responsible for the federal marketplace up mid-last year, was brought in for the project.

However, unlike the digital marketplace, buy.nsw was as much an afterthought as it was the end game.

Delivery manger Natasha Wolf described NSW's platform as the "vehicle" for change and not the change itself.

Just three months passed between the first line of code being written and the initial suppliers joining the platform.

“We built it in-house at the Department of Finance, Services and Innovation, and the first line of code was written in late February,” Wolf told the Technology in Government summit in Canberra yesterday.

“We opened to sellers to onboard in May, and we opened to buyers to come and have a look at what was on offer in June.”

The platform now supports approximately 100 buyers and over 50 sellers.

Behind the platform's development was months of consultation with government CIOs, government buyers and industry using one-on-one interviews, workshops and reference groups to understand the state of government procurement.

“We did a range of work identifying what user needs there were and what the current feeling was around processes that currently existed, and what we found was that people were predominately frustrated,” Wolf said.

“They were confused about what the process was. They felt that it was lengthy, labour intensive and slow. They thought that the contracts were not fit for purpose and were often confused about which contract to use and when.”

It was also difficult for buyers to find new sellers through existing procurement mechanisms like the ICT service scheme, which relied on an excel spreadsheet to discover register sellers, Wolf said.

Similarly, agencies were unsure “about the accuracy of the data that [was being] collected about the sellers … and the quality of their capability”.

However rather than undertake the “mammoth task” head on - which would have required overhauling much of the existing procurement framework - the department “started small and moved fast”.

“What that meant for us is that we started with the subset of buyers from cloud. We knew that this wasn’t a large spend in government at the moment. We knew for our metrics that this wasn’t something that could have a huge impact immediately, and possibly therefore be risky,” Wolf said.

“But we also knew that it was something that we are all looking to do more of, and therefore visibility into that space would be beneficial for government.”

The department started by addressing “key pain-points” around contacting such as ProcureIT, which “is often seen as not fit for purpose” as the framework “hasn’t been updated to include new technology such as as-a-service offerings or cyber”.

It developed core terms that agencies can built on by add terms specific to solution requirements and suppliers as required.

“What were trying to do here is build a kind of generic contracting framework that can be pyramided up for any kind of solution type, for any kind of assessed risk, and that will work in a digital delivery because we can easily put this into a contact builder,” she said.

The department also looked at reducing the ICT service scheme from 17 categories and 83 subcategories to 10 categories.

It was only after the legwork had been done that the department decided to develop to platform to get agencies and suppliers to test the new rules and contracting frameworks.

“As you can see we’re taking a holistic approach to procurement. We see buy.nsw not as the change, but as the vehicle for change. So what we’re really doing is were change policies. We’re changing rules. We’re changing standards,” she said.

“And the platform is designed to deliver those standards and deliver those to people to be used, and then to test whether they’re working properly.”