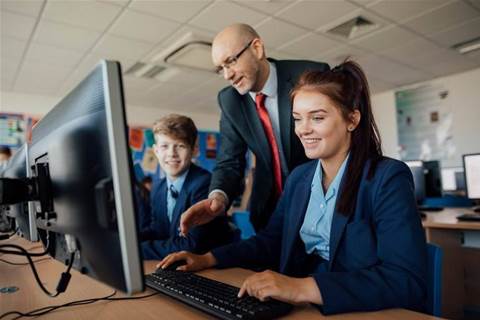 Australia's Big Four banks are partnering with the University of Sydney to deliver cybersecurity training to high school students around the country as part of a skills push from the federal government.

The Cyber Security Challenges for High School program will see the banks, university and British Telecom taking on the Digital Technologies of the Australian Curriculum for years 7 to 10 from October this year.

Over 30,000 students from across Australia are expected to take part in the program, which has been granted $600,000 in federal funding through Australian Cyber Security Growth Network (AustCyber) and will be run through the university’s Australian Computing Academy (ACA).

The program is being co-developed by the chief information security officers from each of the industry partners involved.

“The Challenges will provide the critical skills and attitudes that students need to operate safely online, while delivering Australia’s digital technologies curriculum and highlighting the fantastic career paths that exist in cybersecurity,” said associate professor James Curran, academic director at the ACA.

Jobs and Innovation Minister Michaelia Cash, who announced the funding, said, the government is "supporting innovative projects that address workforce development, education, and detection and defensive technology needs to make sure Australia can realise the full potential of our globally competitive digital economy.”

AustCyber also partnered with TAFEs earlier this year to deliver diploma-level security qualifications at institutions across the country.