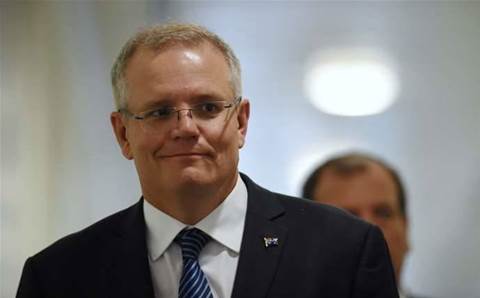 Treasurer Scott Morrison has taken a blowtorch to the slow pace of technology-driven reform in Australian banks, using the release of a blistering Productivity Commission report on financial system competition to vow the new Open Banking regime will be used to smash entrenched interests.

In a speech delivered on Friday, the Treasurer doubled down on the need to catapult Australia’s nascent Fintech sector from a niche IT play to a feared competitor of existing banks, insurers and payment schemes by using the new Consumer Data Right contained in the last federal Budget.

The Treasurer’s speech is the most explicit push yet to use consumers’ access to new technology and ownership of their data to propel the government’s goal of forcing banks to change by sharply increasing sectoral competition – namely new services not owned by banks.

The Treasurer said consumers needed “power to change the system”.

“Power to control their own data and reap the value of its use, rather than those who have been using it for decades, or even more recently through … digital business models, for their [banks] own advantage and not yours.”

“It's the bacon and egg principle, the chicken is involved but the pig is committed,” Morrison said, before launching into financial regulators for being too slow to facilitate tech powered competition.

“Banking and financial regulation has had a dulling effect on customers.”

Many banks, including Westpac and Suncorp have already indicated they intend to use the open banking reforms to restructure how they use technology to deliver services to customers.

Morrison cited recent legislative changes that removed restrictions on what kind of players could legally call themselves ‘banks’ through the imposition of a requirement to hold $50 million in capital to be classed as an Australian Deposit Taking Institution (ADI).

This had “opened the door for 58 ADIs in Australia to call themselves a bank, and thereby boosting their market appeal and their ability to secure cheaper funds,” the Treasurer said.

This had been bolstered by the government’s establishment of “a pathway for new entrants to be licensed as an ADI.”

“When similar changes were introduced in the UK in 2013, more than 60 new 'challenger' banks piled into the market, offering rates that undercut the major lenders, and a seamless customer experience that was clearly a cut above,” the Treasurer said.