How Monash Uni shook up the way internal IT worked 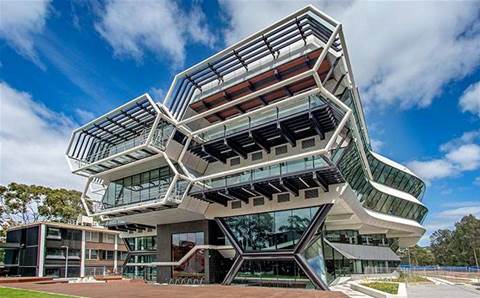 Monash University had a consulting firm impersonate internal IT on a project to change both the business’s perception of IT, as well as the way IT itself approached new work.

Chief information officer Trevor Woods told the Google Cloud Next 18 summit in San Francisco that he wanted to test a theory he had that “a lot of problems in organisations could be solved really simply if you had the right people and leveraged commodity tools available today”.

He met Andrew Walker, founder of Google partner 3wks (which has seen been acquired by the ASX-listed Trimantium GrowthOps).

The two agreed to a single engagement. “He said ‘If you don’t like it, you don’t have to pay for it,” Woods recounted.

The two agreed, and 3wks offered to sit some of its developers down with an unnamed business area within the university.

“My simple instructions to his team was ‘pretend you’re us’,” Woods said.

“I don’t want you to be seen as consultants. You need to pretend you’re part of the internal IT group because we need to be good at this and we need to get the business on board with us and believing in us.”

Woods said 3wks “came in on a Wednesday and by Friday had a fully functioning alpha in Google Cloud Platform working - to the amazement of the business area”.

The service went beta a few days later and then straight into production.

The project was also wake-up call for internal IT and the broader approach that the university usually took to new work.

“What we learned from this was we could actually go straight to solution,” Woods said.

“We could skip over all of that other stuff we’d normally do inside an institution, not just the business cases and bureaucracy and all the discussions but having people spec out the kind of servers needed, procure them, set them up, link them all together.

“We could skip all of that - and all the people, time and money associated with that - and just go straight to building and prototyping something in Google.”

Shaking up IT, twice

The way Monash University approached IT had already been shaken up.

"Until a few years ago, IT was disparate," Woods said.

Small teams ran local IT environments across the university.

"Then, it all got centralised, which was the right thing to do, but now the centralised department has all of this legacy stuff and when you have a lot of people leave, no one knows what to do with it," he said.

"We were saddled with that - and quite frankly still are to some degree.

"If we couldn’t figure that out we were going to become the big [blocker] for the institution and be the thing holding them back."

Woods saw the 3wks engagement as a way for IT to reinvent itself: create a way of working as a centralised function that would also shift its perception within the university.

It was so successful that this new way of thinking and working is now permeating across university administration - something Woods sees as critical if Monash is to set itself apart from other competing institutions in the race to students and world-class research.

“This is not just about enabling Monash from an IT perspective but raising the bar for all other administrative support [functions],” he said.

“We’re trying to go slower in the beginning to get the fundamentals right and then scale that up and make sure that it will be sustained not because of any one leader but because it’s a whole new cultural practice that’s embedded and that’s replaced the way of doing things.”

Like IT, the whole administration is changing its thinking, “taking concepts that maybe quite frankly are wrong but testing them out within just a matter of weeks and changing them or just throwing them out if they’re not.”

But it affects IT, too.

“A fundamental shift in our thinking which is still underway, especially in different parts of the university, is to understand that we’re no longer trying to build a solution that will last 15 or 20 years,” Woods said.

“We’re building a solution that might, quite frankly, have a lifespan of 24-36 months, and if you can build it quickly at a low cost, you get immediate ROI.

“When the technology changes or interfaces change, you just throw it out and build a new one to reflect the new and changed needs that are facing your organisation.

“It’s a complete shift in thinking.”

Going cloud, but not to reduce costs

Monash University last year revealed it is going “cloud-only” in its IT environment, shutting its internal data centres and shifting workloads to run in a mix of software-as-a-service, or on top of AWS or Google cloud platform.

The shift to cloud is about enabling the change in thinking around IT in projects, making things flexible, faster to deliver and more scalable.

“Truth be told, we moved a lot of things from an on-premise environment to where they shouldn’t have been but at least they weren’t in the on-premises environment,” Woods said.

“They were now in the cloud. We moved stuff to other cloud providers that arguably now are costing us more money than just letting it sit for a few more years on an old box.

“But it was looking at the bigger picture: how does this poise the entire university now to have a much more elevated platform to build on and move forward with our thinking.”

The costs - at least from running in Google cloud - were relative.

“Right now we’ve got about 28 production services that are sitting in Google cloud platform,” he said.

“Many of them cost us less than $1 a month depending on what the volumes look like. We’re just paying for those busy times when they spike.

“I felt bad about misrepresenting the number and then I realised we’re a $2.3 billion university in six countries with close to 180,000 accounts. That’s a pretty small number for what we’re doing.”

Things for the cloud

Monash is targeting five types of workloads to run in Google’s cloud.

The first is older systems that had been left to decay and were completely rebuilt to run in the cloud, making them “mobile friendly, fast, responsive and fit-for-purpose”, Woods said.

Google cloud is also home to some newer solutions, including a digital form that replaced paper-based applications from international students.

These are “kind of boring” uses of cloud, Woods said. “It’s the same boring administrative things running the core systems of the uni to function.”

Where cloud is enabling elevated functions is around the extra services that the University is able to tap into, including for internet of things projects and chatbots.

“We’ve got lots of chatbots we’re starting to play with but we’re trying to go slow and get this done in a way that can scale up for the whole organisation and build a core capability around it,” Woods said.

“We’ve got it running in several places. We do something at the end of every semester where students get their grades, we call it results release.

“That’s where all the students panic, we text them their final grades if they want to, and certainly email the grades to them.

“A whole bunch of them do way worse than they thought they would do and they all have questions, so on that day and for the next week they would slam our student support services asking what they should do. And most of the questions were the same: ‘I’ve failed, what are my options?’

“These are questions a chatbot can answer. We’ve been running a chatbot for this over the past couple of semesters and our call volumes are down 60 percent, which means the students get an answer faster with less anxiety, and we’re saving money by freeing those people to answer other inquiries.”

Woods said that Google cloud was also starting to be used in more research and student-led projects across the university.