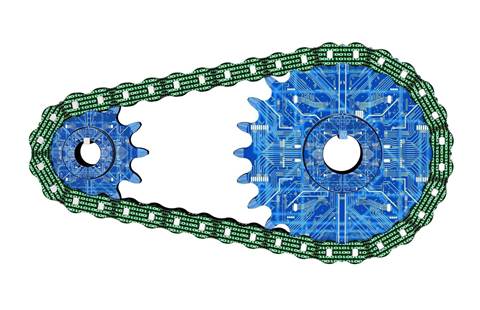 Google has moved to try and recover ground snatched by its rivals around blockchain adoption as distributed ledger technology (DLT) becomes increasingly mainstream for enterprises.

The push is being spearheaded by new partner initiatives for Google's Cloud Computing Platform (GCP) and features the inclusion of the open source HyperLedger Fabric and Ethereum blockchain frameworks.

GCP customers will be be able to try out the blockchain frameworks with Google partners Digital Assets and BlockApps later this year, the company said in blog post ahead of its Next '18 conference.

Google has conspicuously trailed competitors when it comes to blockchain offerings, with founder Sergey Brin berating both himself and the company in public for missing the chance to be at the forefront of the technology.

Competitor Microsoft has been working on blockchain for its Azure cloud for several years now as it seeks to develop financial services and supply chain offerings.

Other enterprise technology integrations in the works from Google include a partnership with Deloitte to offer a full suite of solutions for running SAP applications on GCP.

This will bring Deloitte's Invoice Management and Visual Inspection solutions for billing and inventory management to GCP.

Further GCP hook-ups include: collaboration with Cisco on artificial intelligence and containers; high-performance cloud computing workloads via Intel and AppsBroker; NetApp CloudVolumes for storage; and a new VMWare vRealize Orchestrator plug in for spinning-up virtual machines are

Google also said it is rolling out new programs to help deliver software as a service (SaaS) apps to their customers, including pooling GCP and partner experts for co-selling.

Partners will also be able to tap into funding from Google for marketing, and avail themselves of GCP Customer Reliability Engineering staff to keep products up and running in the cloud.