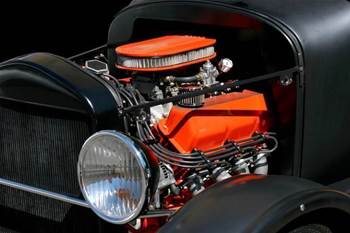 Wealth manager and challenger bank AMP has confirmed mounting speculation it is looking to replace its nearly 20 year-old NTSB core transactional banking platform and associated ledger as part of a wider modernisation push.

Bank systems provider Temenos has emerged as a clear favourite for the replacement, with AMP on Tuesday publicly acknowledging the Swiss company was in the mix.

“We have been talking for some time about how we are investing in the bank to scale it for growth,” an AMP spokesperson said in a statement to iTnews.

“We continue to pursue technology opportunities to support our ambitions, and our discussions with Temenos are an example of this.”

The acknowledgement follows comments from AMP’s bank chief Sally Bruce in Banking Day on Tuesday that there was “some work to do to step away from [its] legacy platform”.

According to Banking Day a “strategic audit” is now in train at AMP’s bank, a move the financial services provider isn’t giving further details about, but isn’t denying either.

The move follows a wider IT transformation across AMP that has involved shifting from a Siebel CRM (owned by Oracle) onto the cloud-based Salesforce platform in a bid to fuse together data from disparate satellite business lines to become more ‘customer centric’.

Getting there hasn’t always been plain sailing.

In March 2018, AMP CIO Craig Ryman said the CRM move meant having to “effectively replatform all of our channels” and “migrate about 40 or 50 systems onto Salesforce.”

At the time, Ryman cautioned the level of systemic complexity in a multi-century business should not be underestimated.

“When you have a company that is 170 years old, the amount of tentacles that exist when you start to unpack - you don’t realise the knock-on effect of taking this out, and now three hops down in your value chain there’ll be an impact on a particular business,” Ryman said.

The latest upgrades at AMP come as retail banks in Australia double down on their tech capabilities ahead of the government’s open banking commencement deadline of July 2019.

The reforms, which are part of the wider consumer data right regime, mandate that banks must expose historical transactional data at the request of customers so they can shop around for a better deal.

In May, Westpac CIO Dave Curran, who was second in command at the Commonwealth Bank’s core banking overhaul led by Michael Harte, cautioned open banking wasn’t necessarily going to be a simple task.