Australia's newest digital bank does a number on name 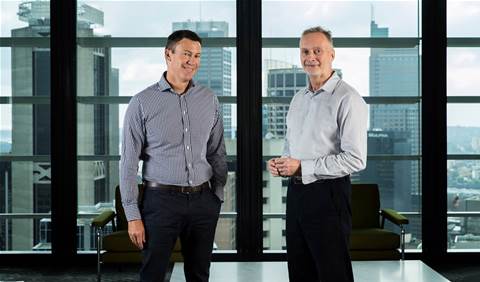 There’s nothing like a Royal Commission into Australia’s big four banks behaving badly to act as a springboard to launch upstart rivals into the digital banking sector, the latest going solely by a number than a name in the form of 86 400.

Backed by payment and banking services provider Cuscal, which grew out of Australia’s credit unions, 86 400 is going for a full rather than restricted banking license and touting its greenfields IT advantage as a competitive differentiator from launch.

“We’ve invested a huge amount of energy into building a bank that is technology-led from the start,” 86 400’s chief executive Robert Bell, who used to head ANZ Japan, said.

“The crucial thing is the interplay between the core banking ledger and the technology. The technology has to work with the ledger, not for it. Only then will customers have a bank that’s working for them. That’s exactly what we’re building.”

The other notable name to have climbed on board 86 400 is former Cuscal CIO Brian Parker, with a swag of other former big four talent also signing up.

Cuscal’s backing of the new venture goes some way to explaining the provider’s strong enthusiasm for the creation of the New Payments Platform (NPP), which was not uniformly met with applause by parts of the banking sector still working through legacy systems upgrades.

Cuscal has wasted no time tooling-up products for the NPP, including a fraud solution that helps address the issue of payments, and potentially losses, occurring in real time.

Cuscal currently has a 100 percent stake in 86 400 but the venture is understood to be looking for other investors with a target to raise funds of around $250 million in three years.

The new bank will be available on iOS and Android app from launch.

As for the numerical name, it’s a reference to the number of seconds in a day.