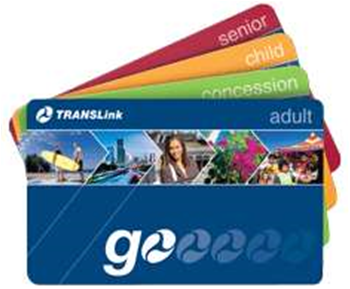 Transport minister Mark Bailey announced the contract for the upgrade of the smart card system today, closing out a "competitive" three-year procurement process.

It follows a $379 million investment in this month’s state budget towards the new system, which will offer commuters credit card and smartphone payment options for the first time.

Cubic has held the Go Card contract since 2003, when it was appointed to build and support the network under a $134 million deal with state government rail operator TransLink.

It also delivers a range of other world-leading public transport ticketing systems, including NSW’s Opal card - which is currently trialling contactless payments - and London’s Oyster card.

The government has been looking to refresh the Go Card system since 2014, when it proposed using the refresh as an opportunity to introduce new public transport innovations like contactless payments.

TransLink was originally meant to have the new contact signed by March 2017, but extended Cubic’s existing Go Card deal by an additional three years while it tested the market for new suppliers and solutions.

Details remain hazy on exactly how much of the existing system will be replaced, but Cubic said the contract was for the design, build and operation of the new system.

“Cubic will be responsible for upgrading the current system to incorporate some of the world’s most advanced ticketing technologies including contactless payment, and next generation real time passenger information,” it said in a statement.

“Operation and maintenance of the system are also included in the agreement.”

“This is a new, hi-tech system that will make it easier for all Queenslanders from Cairns to Coolangatta to catch public transport,” he said.

“This means that for the first time commuters and tourists in those regional areas will have integrated ticketing – making public transport easier and hopefully helping to boost regional tourism,” Bailey said.

“It will also mean that we will be able to deliver real time tracking for the first time in regional areas.”

The project will be delivered over the next four years, with trials to occur once the system has been designed, built and tested.