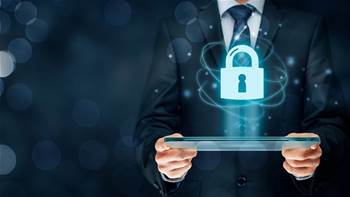 CIO function gets a new moniker.

The WA government’s CIO office will be replaced with a new Office of Digital Government next month, boasting a dedicated cyber security team.

IT minister David Kelly said the new office will be established as a “discrete business unit” in the Department of Premier and Cabinet.

The office will take the place of the former Barnett government's Office of the Government Chief Information Officer that will cease at the end of this month.

The changes are broadly in line with a review of the WA public sector last year, which recommended that functions of the office be carved up and moved within the state’s central agencies.

Last month, the government indicated the CIO office would transfer to the Department of Premier and Cabinet, but a spokesperson from the agency talked down the changes.

This new cyber security approach is in addition to continuing to “drive the public sector’s digital capabilities”.

While funding for the new office will remain the same as the CIO office, a further $500,000 will be used to establish a dedicated cyber security team.

The team will work on developing whole-of-government cyber security initiatives focused on improving the public sector's infosec practices that have been highlighted in a series of damning audits.

A cyber security reference group will also be established to “support the development of a whole-of-government approach to cyber security”, while a partnership with Edith Cowan University will improve collaboration.

“As the business of modern government becomes increasingly driven by technology and data, government must be prepared for the growing threat of cyberattacks,’ Kelly said.

“That is why the McGowan Government is committed to developing and strengthening the resilience of public sector services and information from cyberattack.

“These initiatives build on action already taken since March 2017, including a revised whole-of-government digital security Policy; cybersecurity briefings for directors general and CEOs; and a $5.6 million investment in the national Cyber Security Cooperative Research Centre, headquartered at ECU Joondalup.”