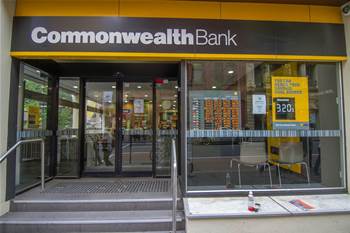 The Commonwealth Bank has scaled-up a system to automatically suggest 20 million conversation starters a day to have with customers in its physical and digital channels.

The bank is halfway through a program of work it began in 2015 called customer relationship banking, of which technology investment was “a big component”, customer decisioning general manager Andrew McMullan told PegaWorld in Las Vegas earlier this month.

Part of the program is the deployment of a customer engagement engine (CEE), which is built on a Pegasystems stack.

The idea behind the CEE is to “have more proactive, needs-based conversations with customers,” McMullan said, regardless of which channel the customer came in through.

The CEE has been progressively deployed across a range of different channels, beginning with the branch network, before moving onto the contact centre, digital platforms like Netbank, and even the bank’s ATM and intelligent deposit machine (IDM) fleets.

“We’ve tried to integrate our customer engagement engine across all of the channels that we use,” McMullan said.

“We’ve been pretty aggressive - in total we talk about being integrated into 18 channels.”

McMullan said the bank had “deliberately started” with what it calls its “assisted channels” - those in which customers have direct interactions with a member of staff.

“Our people in the branches were telling us they were struggling to connect with the customer when they came in to be served,” McMullan said.

“The member of staff would be trying to serve the customer and think about what the customer was asking them to do, but they’d also be flicking between account screens to see if there was anything they could see that would allow them to have a helpful conversation with the customer in front of them.

“They asked if we could help make that really simple: if we could present the next best conversation that the member of staff should have with the customer standing in front of them.”

The project began at a very small scale: in a single branch, running on a single laptop.

McMullan’s team worked with frontline branch staff there to “understand the types of conversations that we could and should have with our customers”.

“When we were happy with that, we then rolled it out across the branch network,” McMullan said.

“The way we deliver change at CBA is to deploy large packages together at one time in our branch channel, so we did this with our next best conversations and we spent some time making sure that was embedded in the branch channel before we did anything else.

“When we were happy with that, and the frontline was telling us they loved what we’d done to help make their jobs simple, we then rolled it out into our call centres.”

CBA added some enhancements to CEE for the call centre environment.

“In our call centres we took the next step where we started to match the conversation that was associated with a customer to the best team who would have a better conversation with the customer, and we called that skills based display,” McMullan said.

“We called that intelligent routing, and we’re having great results from that.”

Once the technology was working in the assisted channels, CBA moved to integrate it into NetBank, its non-secure sites such as the main website, its Ceba chatbot, and its mobile app.

“I suspect it was because we’d been in a few channels already, we knew what we were doing, and we were set up to do that quickly having learned a lot through the other channels.”

Next best conversations are also now suggested for direct email and mail, on the ATM and IDM fleets, and on a new channel known as ‘activity feed’, which offers customers “real time notifications ... about services or things we think it’s important that they know and respond to.”

Standing up an AI stack

McMullan said that CEE has been scaled up to suggest 20 million conversations a day - in under 160ms per conversation.

To achieve this scale, CBA is relying more on AI and machine learning algorithms than it did when the CEE project first began.

“We’ve created what we call our AI stack to help us better understand the conversations we want to have with our customers across all those channels.”

McMullan said that when the CEE project first began, CBA “hand built the models” underpinning each of the 30 initial conversations identified as important by the trial branch.

“Pretty much every conversation for every channel needs a model,” he said.

“But when we were going into digital, we were trying to deploy something like 250 next best conversations. We couldn’t possibly have built all of those models in the way we’d traditionally done it.”

The bank stood up what it calls an AI stack, based on newer Pegasystems technologies, to help it automate some of the development process.

“[For the expansion into digital channels] we used the adaptive model capability within Pega,” McMullan said.

“We built 250 of the latest AI models in one week, and my team of data scientists tell me that would have taken them almost three years using their traditional modelling approach.”

The bank is also using natural language processing (NLP) capabilities within the AI stack “to try and better understand what our customers are telling us.”

“This allows us to really accurately identify what our customers are telling us, and then the things we need to go and fix,” McMullan said.

“We can also leverage that feedback into the CEE to ensure we’re having better conversations with customers.”

Another aspect of the AI stack is a capability to customise the size of control groups used to train and improve the different conversation models on.

While the bank had previously tested things on a standard 10 percent of customers, it now uses machine learning to optimise the size “to ensure we’re always learning but on the right size of control group.”

“As an example, in our digital channels sometimes we may need one percent or less of customers as a control group,” McMullan said.

CBA is also using AI to simulate changes that better conversations might have. For example, it is able to simulate what impact “nudging” its net promoter score up five points would have on the types of conversations customers would want.

Similarly, the bank has deployed a component in the AI stack that it is calling Eventmin’r.

On customer complaints, for example, CBA uses Eventmin’r to “look at all the customers who complained about a particular product or service, and then we run AI across all of the information we have on those customers over the last three years to try to identify any common events or patterns” that may have caused the grief.

McMullan said Eventmin’r is also useful for working out what the bank does right to shift its net promoter scores.

“We can looking for the common things customers experienced to make them score us 10/10, for example,” he said.

“When we do this, we feed it back into our CEE to improve the conversations we’re having and the scoring that we use.”

McMullan said that much of the AI stack capability is still “quite new”, but that business units were becoming more familiar with what it could bring to the table for customer engagement.

The AI stack has enabled CBA to be able to build a new next best conversation model within a single day, if required.

“When we started out on the journey, the time-to-market to build a next best conversation was about eight weeks,” McMullan said.

“I said ‘we need to be able to deploy the same day’, but not all the time.”

The team accepted the challenge and codenamed the drive ‘Project Valentine’.

This year, they achieved that goal.

“On the 14th February this year we deployed a next best conversation on the same day,” McMullan said.

“The team came in in the morning, we set them the business problem, they worked through it and within five hours we were live.”

McMullan said his team is not finished augmenting the CEE and its capabilities.

"We just want to keep pushing the boundaries with Pega," he said. "We’re trying to do things now to take us to the next generation."