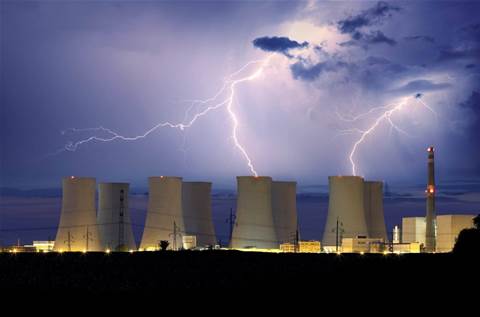 Spiralling electricity consumption driven by ever increasing numbers of processors in the new chipsets and computing infrastructure is threatening to put a handbrake on affordable computing muscle unless lower power alternatives are developed quickly.

That’s the collective take from many of Australia’s top electronics researchers, who on Tuesday launched an ambitious new R&D initiative to arrest what many fear could become a big power blowout caused by the atomic limits of traditional processors.

The centre is based out of Monash University and also operates a node at UNSW.

It’s no small task either, with seven Australian universities and 13 science organisations collaborating on the project which has received more than $42.5 million in funding from the its contributing organisations and the ARC, as well as $25.5 million of in-kind commitments.

It warns that each smartphone is now responsible for using more energy than a household fridge thanks to the growing reliance on cloud and data centre computing.

The director of FLEET, professor Michael Fuhrer, said this will pose significant problems as Moore’s Law - which has doubled the number of transistors on a chip approximately every 18 months - dissipates due to physical and economic constraints.

For CIOs, it goes well beyond bill shock and could even change what has been a largely deflationary market for compute power for the last 20 years.

“When we exhaust further efficiencies in silicon technology and data-centre management, energy will become the limiting factor for any further computation growth,” Fuhrer said.

“The semiconductor industry simply does not know what lies beyond Moore’s Law, only that it must be something entirely different,” he said at today’s launch.

“What we do know is that a revolutionary change is necessary, and that revolution can only come from a basic-science, back-to-the-laboratory effort.”

The focus of FLEET’s research will be on creating or refining superconductive, atomically-thin materials and nano-devices that function at room temperature.

A FLEET spokesperson told iTnews that while the theory behind the centre’s research has “been around for a while, and many small parts of the overall mission have been verified experimentally, no-one has yet demonstrated a functioning, practical topological transistor”.

A topological transistor, in which current can only pass in one direction along an edge of a two dimensional material, is one of the technologies the centre will examine during its seven-year lifespan.

The research centre will also look at resistance-free superfluids and non-equilibrium physics (that is, the physics of materials that are temporarily forced into new states) as other possible alternatives to current, silicon-based technologies.

The FLEET spokesperson said that the centre’s program is “quite ambitious”, especially since these fields of science are in the early stages of development.

“FLEET places Australia at the forefront of exciting new scientific research – building capacity for advanced electronics research and training today’s workforce for the electronics industry of the future,” Fuhrer added.