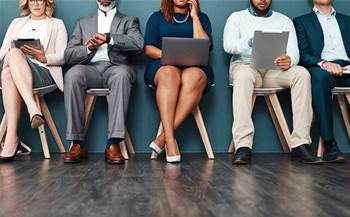 Melbourne-based PageUp People, a recruitment cloud service provider, has revealed some of its systems were compromised after a malware infection late last month.

The infection led to an unknown third party gaining access to some internal systems.

Further, the company said it had “some indicators that client data may have been compromised” but would not know more until a forensic investigation was completed.

The company's software powers recruitment at corporates including Lindt, Linfox, Reserve Bank of Australia, Zurich and Victoria University, according to its website.

“The source of the incident was a malware infection,” PageUp People said in an advisory.

“The malware has been eradicated from our systems and we have confirmed that our anti-malware signatures can now detect the malware.

“We see no further signs of malicious or unauthorised activity and are confident in this assessment.”

The company said it was tipped off to the malware’s presence after detecting “unusual activity on its IT infrastructure” on May 23.

It said that “if any personal data has been affected it could include information such as name and contact details”, as well as usernames and passwords

However, it said that “all client user and candidate passwords in our database are hashed using bcrypt and salted”.

Even so, “out of an abundance of caution, we suggest users change their password,” it said.

The company said that documents “including signed employment contracts and resumes” that it collected were “stored on different infrastructure” to that which had been infected and accessed.

“We have no evidence that the document storage infrastructure has been compromised,” it said.

“We have notified the Australian Cyber Security Centre (ACSC) and engaged with Australia’s Computer Emergency Response Team (CERT), who may notify the Australian Federal Police,” it said.

“We will also be informing the UK National Cyber Security Centre (NCSC).”