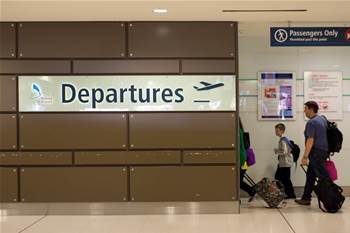 For passenger pre-boarding and arrivals.

Sydney Airport is preparing to roll out a new passenger management system that will use facial recognition technology to handle all aspects of the pre-boarding process.

The airport is currently “in the throes” of the project and is expected to conduct an initial pilot of the end-to-end system in the second half of this year.

She said it began in early 2017 to look at ways to build on the automation of the border clearance process by the Department of Home Affairs (and the Department of Immigration and Border Protection before it).

“After all this was implemented we started to look at and understand how we start sharing the common information to all the other companies [such as airlines] you come across as you actually move through the terminal,” she said.

The airport was also keen to limit the number of times passengers were required to present boarding passes or passports, and align with the the International Air Transport Association concept of OneID.

“The current process is very time consuming. It requires lots of passenger interaction and manual intervention,” she said.

Airth said the decision to adopt facial recognition for pre-boarding activities such as check-in and baggage drop was largely informed by a series of internal workshops, but also because it was Home Affairs’ preferred biometric identifier at airports.

“In our environment the Australian Border Force were already using it, so they’ve already been educated about it,” she said.

“By us using facial recognition it will ensure consistency for passengers as they move through the terminal, and hopefully one day we’ll be able to share the common information.”

Home Affairs recently opted to ditch its existing Morph-based smartgates at airport arrival halls across the country for an automated Vision-Box solution that uses facial recognition to clear travellers.

Airth said the pre-boarding facial recognition technology pilot would allow the airport to test the technology over a period of two to three months, ensuring it integrates with other systems at the airport before moving forward.

Vision-Box has been selected to supply the biometric data and technology, while Qantas is the airline launch partner.

The technology would be brought online incrementally “starting off with passengers being able to check in at the international terminal”.

“There will be two kiosks at check-in which will allow passengers to biometrically validate themselves with their passport image and check into their flight,” she said.

“Then they’ll move to the automatic bag drop zone and this will be their first contactless point, so they wont actually need to present their boarding pass again to inject their bag - the biometrics will actually scan their face and will allow them to put their bag into the system.

“Finally at gate 25 at our international terminal we have a self-boarding gate, which will allow them to do a contactless boarding arrangement onto the aircraft as well”

The airport will also place cameras at security to allow passengers to be tracked as they move through the various elements of the terminal, as well as at the entry to the Qantas lounge to allow the airline to personalise its offering.

It will also use “face on the move technology” in the arrivals hall as part of the trial to capture a passenger’s image and update their biometric token on return to Australia.

A future version of the Sydney Airport's project could allow a passenger to “check in from home, enter [their] biometric registration and head straight to the bag drop at the airport or straight to security”.

Airth said the airport has spent the past 10 months developing a platform called the passenger data envelope (PDE) to “interface with all the different integration points across the [international] terminal”.

“The PDE will actually process the biometric capture at registration and create the identifying token."

The airport also plans to extend the system to all airlines at the airport over time.

“We do want to make sure it is a solution that works for every single airline that we have - we have 47 airlines at Sydney Airport,” she said.