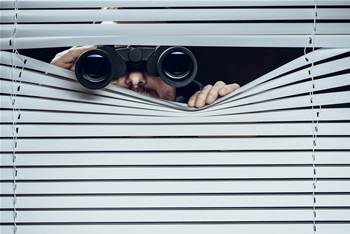 The number of federal government IT projects considered high-risk by the Digital Transformation Agency has fallen to 14 after four projects were downgraded and one was cancelled.

The DTA has been keeping tabs on high-risk projects since it was tasked with identifying all government IT projects valued at more than $10 million in early 2017.

It looked to categorise projects as part of its digital investment review by confidence of delivery, with the most high-risk ones assigned an ‘engage’ classification.

Such a classification could see the DTA conduct health checks, ask for remediation or mitigation plans, or request reviews.

Less risky projects were labelled as either ‘monitor’ or ‘observe’.

The DTA revealed that 17 – or just under a quarter of all federal government IT projects captured by the watchlist – fell under the ‘engage’ category last November.

But documents released from the latest data collection on Tuesday show that this figure has now dropped to 14, with four projects moving off the high-risk watchlist in the past six months.

The status of two ATO projects previously captured by the watchlist – the SuperStream superannuation overhaul and single touch payroll program – were downgraded to ‘monitor’ in March and April this year.

Both projects had been engaged by the DTA for their significant importance to the community and economy, but were found to no longer warrant kid gloves following positive health checks or assessments.

Other projects to have moved off the watchlist include NAPLAN online – a “key determinant” of which was the “readiness of the jurisdictions and schools” – and the National Disability Insurance Scheme (NDIS) full scheme IT solution.

However, while some projects have moved off the high-risk watchlist, an additional two projects have been escalated to ‘engage’ status.

These include the Department of Veterans’ Affairs veteran centric reform project, which up until the recent federal budget had not secured funding for a large proportion of “critical” upgrades to its business systems.

“The DTA is engaging with the Veteran Centric Reform program due to its high value; multi-year timeframe; interdependencies with the WPIT [welfare payments infrastructure transformation] program; and dependency on cross-agency collaboration,” it said.

The Department of Finance’s parliamentary expenses management system (PEMS) has also found itself on the list.

The total number of projects on the multi-billion dollar watchlist has also climbed from 73 to 80.

While the vast majority of the projects have seen no change over the last six months, the Department of Education's national apprenticeship management system (AAMS) has become the first casualty.

The department made the decision to cut its losses and scrap the system last week after a PwC review found that the project had been impacted by a series of major governance failings.

DTA's notes on the project point to "gaps between the product and user needs and expectations combined with a number of delays over the life of the project" as the ultimate reason for the project's failure.

It said it would continue to engage the department on how to lift capability for future projects.

Education is now looking to "self-fund remediation of legacy systems", including its existing 16-year-old training and youth internet management system.

The DTA was blasted at budget estimates on Monday by Senator Doug Cameron, who criticised the agency for its lack of oversight of the AAMS project.

Cameron spent close to half an hour quizzing the agency on its involvement in the project and what monitoring had been undertaken.

DTA chief investment and advisory officer Lesley Seebeck fielded the questions, saying that the agency had worked closely with Education to look at ways forward for the project.

“We would have worked closely with the department, sat down and talked through the issues that had arisen in the project and looked at how we could ensure that services would continue and then looked at the options for the next steps,” she said.

The system had been monitored by the DTA since April 2017 because of its “worsening overall status”.