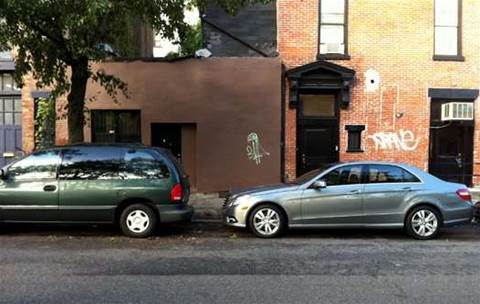 Explores its options for 280 applications.

NSW Roads and Maritime Services is set to re-platform as many of its 280 applications as possible onto a mix of public and private infrastructure-as-a-service.

The department is currently in a “design and architecture” phase of the project, IT strategy and architecture director Justin Griffith told IBM’s Think summit in Sydney.

“We’re just starting to form the execution team around that,” he said.

Griffith said the department had mapped out its application environment and created a framework and decision tree to assess the suitability of different applications to run in the cloud.

“We’ve spent quite a lot of time understanding the full application landscape, the versioning and all the things on it,” he said.

Applications that are deemed to have limitations, such as due to the OS on which they run, may simply be shifted as-is to run in a private cloud environment.

“Others, we’ll do various increments of transformation on and then either move them into private or public cloud,” Griffith said.

He said the department is keen to cut out a “large amount of technical debt in [its] applications”.

“While we don’t want to embark on that fully, through the process we want to address some of the technical debt issues and transform some of the applications to both leverage the cloud but also modernise them such that we can do more digital transactions and expose more capability across the business.”

Exactly what the new infrastructure environment will look like is still to be determined, but it is taking shape.

“We’re predominately AWS and Azure in terms of public cloud but we’ve just started to look at Oracle [cloud] because a lot of our technology is Solaris-based,” Griffith said.

“Now that Oracle has a cloud presence in Australia, we’re looking at whether there’s anything we can leverage there.

“We also have quite an extensive private hosting infrastructure run by IBM, and some cloud offerings run as part of GovDC.

“What we’re really trying to do is bring [the number of clouds] down to around two-to-three service offerings because the more you add, the higher the overhead in terms of how you integrate that into the broader environment.”

Griffith said RMS is adopting a “cloud-first” stance for newer applications and that it also wants data to be accessible via APIs as much as possible.

The department is already well on its API journey, having had to digitise some of its core licensing and registration platforms so they could operate under ServiceNSW.

“For example, I’ve been talking to IBM a lot around how I can access Watson cloud services,” he said.

At present, however, the department is largely unable to adopt these kinds of services because integrating them with the existing environment would be too difficult.

“At the moment I can’t connect between the cloud world and my physical world,” he said.

“I’m really hoping we can rapidly move with a multi-cloud hybrid environment where we can take up those value-add services and move up the chain to deliver more value to our business.

“But the challenge we have to work through is how we network all that together.”

Ry Crozier attended IBM Think in Sydney as a guest of IBM.