Perth-Singapore subsea cable is down again 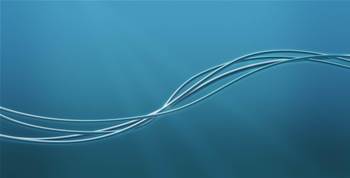 The troubled SEA-ME-WE3 cable connecting Perth and Singapore is down for the third time since August last year.

Internet providers in the TPG group of companies began reporting problems with the cable yesterday and it has now been confirmed that an undisclosed “fault” is causing the latest connectivity issue.

“Vocus is advising customers that our Perth to Singapore link is currently offline due to a SMW3 submarine cable fault,” it said in an advisory.

“Ethernet services and IP Transit services may experience increased latency to Asian destinations as they are routed through alternate paths.”

Vocus said there is no current estimated time of restoration for the cable.

The cable spent about six weeks offline between late August and mid-October 2017, only to be cut again just six weeks later in December 2017.

SEA-ME-WE3 has a history of breakages stretching back to 2005, though they have become more frequent in recent years.

However, even now it is the only subsea cable hauling internet traffic out of Western Australia up into South East Asia, and beyond.

That will soon change; the Vocus-run Australia-Singapore cable (ASC) - for which the lay is almost complete - will bring competition to the route this year.