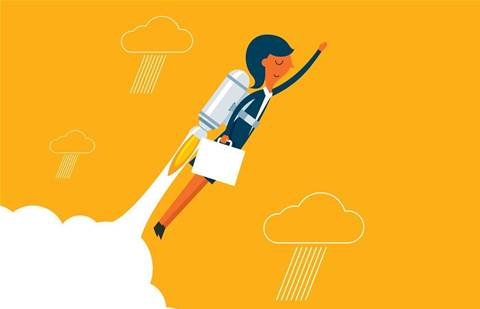 Annual reports lodged with corporate regulator ASIC show that local entities associated with AWS – which is typically guarded about its Australian operations – have grown significantly.

Amazon Corporate Services, whose principal activity was "the provision of data hosting services to related parties", had 247 employees in 2017.

According to an earlier filing, the company provides "marketing-related services to Amazon Web Services" as well as owning and operating "technology infrastructure equipment that is maintained in collocated centres and used to support and facilitate the delivery of AWS services".

Fast-forward to the 2017 financial year, and Amazon Corporate Services reported revenue of $375 million – growing by 14 times in five years.

Amazon Corporate Services' biggest costs were $35.8 million in salaries, $84 million in occupancy costs and $169.9 million in depreciation. It paid taxes of $5.3 million and had a net profit of $4.9 million.

The company did not respond to iTnews sister title CRN's requests for comment.

CRN has also analysed the annual report of another entity, Amazon Web Services Australia, which was established in 2015.

The company provides "marketing, training and professional services to both third parties and related parties".

Amazon Web Services Australia, which had 482 staff, has grown revenue by close to six times in just two years.

Both entities are owned by the same parent company, Amazon.com, Inc.

Amazon Web Services Australia's biggest costs were salaries, bonuses and other employee entitlements, worth $157.9 million. It paid taxes of $3.6 million and had a net loss of $8.4 million.

To put Amazon's Australian performance in context, AWS had global revenues of approximately A$23 billion (US$17.5 billion) in 2017, growing 47 percent that year.

Although AWS was born in March 2006, Amazon only began divulging standalone financial data for the cloud business from 2015, when it turned over US$5 billion.

As for global market share, AWS had a four-year head start on its closest competitor, Microsoft Azure, and Amazon has maintained – even increased – its lead over rivals.

According to Synergy Research Group, AWS has a 33 percent share of the cloud infrastructure services market far outstripping the rest of the field. 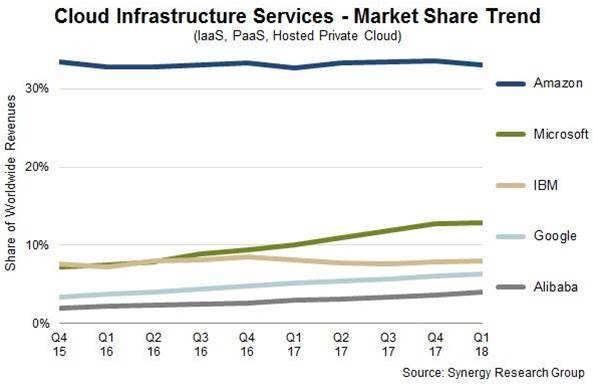 AWS, whose Australia and New Zealand country manager is Paul Migliorini, has signed up a number of high-profile Australian customers and partners to relocate computing to the cloud.

NAB last month revealed the first details of an "elastic" data lake it has built on top of AWS,  which it is calling 'discovery cloud'. Other major Australian enterprises that have migrated data to AWS include Visy, Origin Energy and News Corp.

Australian AWS partners include established channel players such as Datacom, Bulletproof and Melbourne IT, as well as a breed of born-in-the-cloud partners such as ITOC, base2Services and Versent.

Got a news tip for our journalists? Share it with us anonymously here.
Copyright © CRN Australia. All rights reserved.
Tags:
amazon web services aws cloud