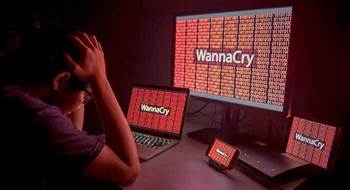 Britain's National Health Service will upgrade to Microsoft's latest Windows 10 operating system to bolster cybersecurity after a spate of ransomware attacks on its computers last year.

The NHS experienced a major disruption in May last year that saw surgeries and medical appointments cancelled, as the providers' aging Windows XP computers were locked by the Wannacry ransomware, leaving files inaccessible to staff.

At least 80 out of 236 NHS Trusts were affected by WannaCry, the Department of Health and Social Care said.

A further 603 primary care facilities and 595 general practices were also hit by the rampant ransomware.

To avoid a repeat of the WannaCry attacks, the NHS has been allocated £150 million (A$274 million) by the British government to be spent on improving cybersecurity over the next three years.

This is in addition to the £60 million that the UK government has spent since last year to shore up NHS Digital's ability to withstand cyber attacks.

Microsoft will supply NHS with a package that includes its Windows 10 operating system.

The UK government did not reveal how much of the £150 million will be spent on the Windows 10 upgrade.

Data from Windows Defender Advanced Threat Protection will feed into an NHS security operations centre that will be set up this year.

The NHS SOC will use the Microsoft security telemetry data sets and advanced analytics - as well as human experts - to combat threats and malware infections.

Some £21 million will be spent on upgrading firewalls and network infrastructure at major trauma centre hospitals and ambulance trusts to protect technology such as magnetic resonance imaging (MRI) scanners and blood test analysis equipment.

A text messaging system has also been set up to ensure NHS trusts have accurate information if and when internet and email services are down.

To ensure that the NHS Trusts implement cyber security measures properly, UK's Care Quality Commission watchdog has been given new powers to inspect the health care provider, alongside NHS Digital.

“We know cyber attacks are a growing threat, so it is vital our health and care organisations have secure systems which patients trust," UK health secretary Jeremy Hunt said when announcing the Microsoft deal.

“We have been building the capability of NHS systems over a number of years, but there is always more to do to future-proof our NHS against this threat.

“This new technology will ensure the NHS can use the latest and most resilient software available – something the public rightly expect."