NAB is building an 'elastic' data lake on AWS 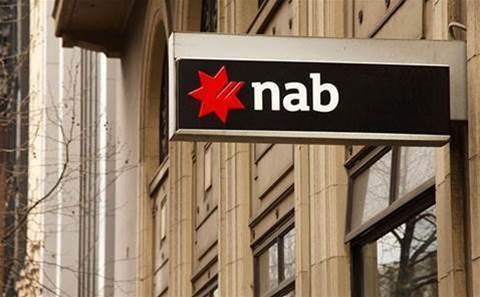 Ramps up drive into cloud, microservices.

NAB has revealed the first details of an "elastic" data lake it has built on top of AWS and which it is calling 'discovery cloud'.

Chief technology and operations officer Patrick Wright told the AWS Summit in Sydney yesterday that discovery cloud is the bank's “first foray of data in the cloud” and the beginning of its data lake.

“What we wanted to get to - and the reason why we launched this - was a highly elastic data lake that allows us to use it for almost anything,” he said.

“It will be the foundational element that will feed our machine learning ecosystem, our analytics system, [and] our marketing ecosystem.

"It's our first foray of data in the cloud so our analytics future is here."

It has been relying on traditional data warehouses which consist of “large pieces of kit in a data centre … and big relational stores with lots of CPU”.

It was unclear at the time of writing if discovery cloud would act as the foundational technology platform for a centralised analytics hub that NAB said last year it was putting together.

Wright highlighted the need for NAB to embrace data as one of three paths to transformation and  making its services and products more customer-centric.

“We’re going to embrace data because data is the digital currency of our future,” he said.

“We believe that the battlefronts of data are hindsight, insight and foresight.

“Now we’re starting in the first, but we’re rapidly moving into the next two. But we must do it with world-class security”.

NAB began its public cloud journey by shifting public-facing content into AWS in 2012, following with the migration of some transactional workloads in 2016.

The gap and the pace of migration was necessary to assure regulatory overseers in the finance sector.

“Because we’re a regulated industry we had to walk - we had to learn how to do this right, securely and properly - and now we’re running.

“We’ve now moved out of walk into run. We want to move at a pace that is compelling for our people, our shareholders and our customers. So it’s just the beginning.”

The transformation, which began in November 2017, has seen the bank 'rebalance' its tech workforce and install new IT leadership.

It is also driving agile methodologies throughout the organisation as well as seeking to slim down its IT application portfolio.

He described the bank’s current IT environment as being “too complicated” and “too hard hard to get things done”.

“We’re taking big steps in the company to make this possible,” he said.

“We’re becoming a simpler bank: we’re moving bureaucracy, flattening the organisations and retooling how we work.”

Wright said that QuickBiz - a speedy, unsecured lending platform for small business - is a case in point.

“We built QuickBiz, which is an automated, built native in the cloud [service] using machine learning and data to help us decide whether or not to back and make a loan to one of our small business customers,” he said.

As the company continues to move down the cloud path, Wright said one of its current focus is around the adoption of microservices.

“We believe fundamentally we have to rewrite many of our core applications in a very different way to create the speed and agility that’s essential for us to compete in this modern world,” he said.

At the same time, he noted the bank was more focused on “innovating at the customer level than retooling a legacy system [such as core banking systems] that is calculating interest perfectly” - suggesting it would only look to restructure systems that were underperforming.

While singing AWS’ praises, Wright said that the company would take “a platform-based approach” to its continued shift into cloud and microservices, although there was some ambiguity on what the make-up of that platform would be.

“We believe that platforms are the future … but we want to build our own platforms with our own microservices to enable our services and products for our customers because we think the power of platform and the reusability of services is essential for our long-term success and to achieve those fundamental elements of speed, agility and relevance,” Wright said.

But NAB yesterday announced it would train 2000 of its staff in the use of AWS, suggesting the public cloud platform will still form a major part of the bank’s future IT environment.