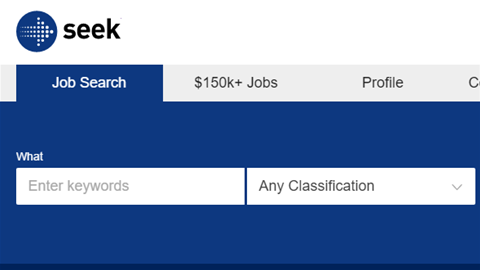 Seek is repositioning its infrastructure team to enable different parts of the business to adopt and incorporate more cloud services into their ways of working.

Head of infrastructure Ken Shepherd said cloud services had spread both for internal use as well as underpinning the company’s public-facing online presence.

Shepherd told the Cloud & DC Edge 2018 summit on the Gold Coast that the company was “seeing an explosion in software-as-a-service” for internal use by Seek staff. The summit is co-organised by Adapt Ventures and iTnews.

“The big challenge - and I think this is what’s changing the landscape - is I have areas of the business that have the opportunity to grab a credit card and say ‘I have a business need, I want a solution that does x’,” he said.

“Now I can either try and say, ‘No, don’t do that, we’ll provide a solution’ or I can look at becoming an enabler for that solution.”

For Shepherd, being an enabler means refocusing the infrastructure discipline.

“How can we make it easier for the organisation to stand up tools that work for them?” he said.

It means establishing infrastructure as a source of advice, as well as building out a common set of services and governance frameworks that internal teams can use to choose the right SaaS tools and integrate them into the existing internal environment, he said.

These tools and frameworks would cover things like identity management and single sign-on, as well as data governance.

“We need to have really good security and legal review over what data’s going into the SaaS product, how that data is going to be managed, and whether we trust that [provider],” Shepherd said.

“[We want to] have a compelling reason for the organisation to include us on the cloud journey, and being included gives you the opportunity of having robust but lean processes to address these kinds of things.

“That’s the goal we’re working towards, but we’re not there by any means.”

Shepherd’s team is also expending effort on removing roadblocks that might otherwise prevent a workload or application from being shifted into the cloud.

Repositioning infrastructure meant the team had been able to maintain its size, despite a shrinking pool of on-premises resources under management.

While the role of infrastructure is changing, Shepherd saw it as being not much different to the way IT has had to accept past evolutions in the infrastructure space.

“If you look at where the industry has gone - mainframe, midrange, wintel, virtualisation, hyper-converged, private cloud and now public cloud - at every step people have had to learn, change their skills and adapt,” Shepherd said.

“I don’t really see this next step being that different.”

Outside of SaaS, Seek continues to be a mostly AWS shop for things like infrastructure-as-a-service and increasingly platform-as-a-service, which is favoured in DevOps-heavy organisations (as Seek is, at least in its online operations).

“We’ve got a strong relationship with AWS, though we do use other cloud providers - mainly Azure for small pieces, and a lot of it internally-focused,” Shepherd said.

“If there’s a reason why one platform’s going to give you an advantage in speed we’ll look at that, but I also feel you’ve got to be great at one cloud before you try to be great at multi-cloud.”

Shepherd said there was a “real push to serverless” products like AWS Lambda.

“Lambda’s becoming a much bigger part of our ecosystem and it comes down to making it much easier for the teams to solve complex problems,” he said.

“A lot of our workloads are event-driven so being able to do event-driven activities that are fast and really cost-effective makes Lambda a great service for us to use.”

The company also has an eye to products unveiled at AWS re:Invent at the end of last year, including Fargate, which promises the ability to deploy and manage containers without having to worry about the underlying infrastructure.

“It’s not going to be in Australia for a while yet but Fargate’s an interesting proposition,” he said.

Shepherd said Seek’s immediate future is also focused around maximising what it is able to do with its sizable data reserves.

“It’s [about] what data you have, what you can collect, what algorithms you can run on that data, and what you can learn from it.

“All the really large orgs in the world and those that succeed will work out how to leverage their data assets.”