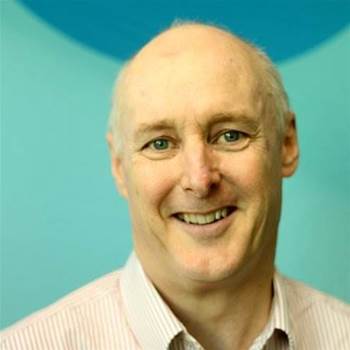 As transition to full NDIS continues.

The National Disability and Insurance Agency has chosen former IAG technology chief Ian Frew as its chief information officer after spending much of 2017 with a temporary executive arrangement.

NDIA CEO Robert De Luca revealed Frew's appointment at senate estimates this morning, as the agency continues to ramp up the national disability insurance scheme to a membership of 460,000 by 2020.

“I’d like to take this opportunity to note the appointment of Mr Ian Frew, our new chief information officer,” De Luca said.

“Mr Frew has experience working in the insurance sector with a high growth start-up, with outsourced technology partners, and delivering at scale.”

The agency began looking for an experienced CIO in April 2017 who was willing to steer it through the “quantum increase in contact” expected during the potentially rocky transition to the full NDIS scheme.

Frew was most recently a senior consultant with Veridical Integration, and before that spent nine years with IAG as CIO and later director of transformation IT integration, digital and core platform engineering.

He has previously worked stints at Allianz Australia as head of IT development, and as the manager of personal insurance systems at Suncorp.

Frew takes over the difficult task of guiding the agency’s IT direction from acting CIO Susan Monkley, who has been on secondment from the Department of Human Services since October 2017.

The rollout of the full NDIS has been identified as one of the federal government’s 17 most high-risk projects because of its “high profile and importance”, despite the “on-track” status of delivery activities.

A recently released report [pdf] from the agency’s pathway review noted that many scheme participants were continuing to experience issues with the NDIS technology.

“Participants have found the systems to be unreliable and confusing,” the report states.

“As a result, some participants avoided using the systems altogether, and relied instead on a professional support coordinator, family member, or other trusted person to handle the portal on their behalf.”