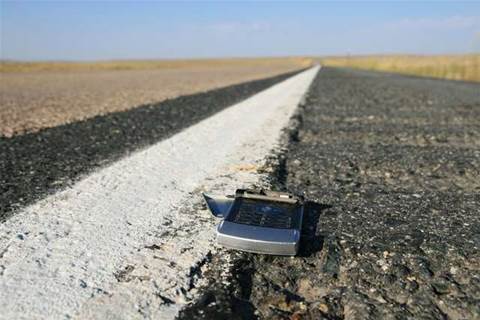 What happens when things break?

Apcera’s chief strategy and information officer Mark Thiele is equal parts excited and concerned at the prospect of living in a tech-dominated society - something he thinks is less than a decade way.

Back in Australia for Cloud & DC Edge 2018, which is co-organised by Adapt Ventures and iTnews, Thiele wants to challenge how prepared we are for technology failures in a world where we rely on the same technology to do everything.

“I’m positioning it in the sense of 'what would you do if…',” Thiele says.

Autonomous cars will dramatically increase the utilisation of road capacity, but Thiele questions what happens when the systems managing it fall over.

Ditto drones, which have surpassed novelty uses and are being looked at for everything from transporting critical medical supplies to dropping lifesaving equipment to swimmers who get into difficulty.

“If all the drones that deliver medicine all of a sudden can’t be controlled or managed - do they fall out of the sky, just keep going until they run out of battery... what happens?” Thiele asks.

Thiele is asking these questions because he believes there is an acceleration afoot in the adoption of a range of technologies that - when combined - will change our lives in unimaginable ways.

It stops short of singularity - a state where we can no longer comprehend the world around us - but Thiele believes we are “on the verge of being in a society where technology dominates what we do on a daily basis in ways that we can’t even anticipate right now”.

“We think technology does this already but it doesn’t even come close,” he says.

“I still open my own door, start my own car, turn on my own lights, select my own music, and start up the computer when I want it, not when my mind wants to turn it on.

“Ten years from now we’re going to look back on now and say ‘wow that was an interesting time. How did we survive in those days?’

“Over the next 5-10 years we’re not going to recognise the world we are living in today. It’s going to happen that fast.

“The technologies we’re talking about and hype we’re experiencing now around VR, AR, drones, big data, 5G, IoT and the use of cloud and edge - these are things that are all coming together over the next five years that will drive change like we’ve never seen before.”

This idea of the sum of technologies creating the change is central to Thiele’s vision.

So is the idea that technology continues to be “democratised” - becoming better, cheaper and therefore available for a growing number of emerging use cases and experimentation.

“I’m talking big - but I’ve been there, built it and seen it happen,” Thiele says.

“The bottom line is that history has shown over and over again that when we make technology solutions more easily accessible and consumable, at better price points - so more efficiently obtainable and cheaper - people use a lot more of them.

The compute example serves two purposes: it is both an illustration of democratisation, as well as an important ingredient in fulfilling Thiele’s vision.

“All of these [evolutions of compute] are enablers to really getting the value out of technology that is our future,” he says.