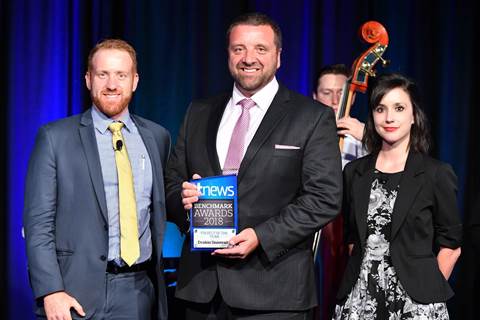 Deakin University's technology team has taken out the top prize in the iTnews Benchmark Awards 2018, with its AI-backed Genie virtual assistant being crowned Australia's IT project of the year.

The gong was announced at the Benchmark Awards gala dinner at Melbourne's Grand Hyatt in front of a room full of the country's eminent IT leaders on Tuesday night.

Deakin University was named the overall winner after having come top of the Education category earlier in the evening.

The Deakin team won praise for what has the potential to become a strong commercialisation endeavour for the university.

The IT team created a complex and intelligent virtual assistant by pulling together and integrating numerous proprietary, open source and vendor technologies into a single interface that helps students keep track of their daily lives.

It does everything from nudge students if they haven't been studying enough to help them keep on top of upcoming assignments and exams.

"Congratulations to everyone else and again a big, big congratulations to my team. Thank you very much. I am really, really happy," Deakin University CDO William Confalonieri said in accepting his award.

You can read more about Deakin University's work alongside the other winning projects in the iTnews Benchmark Awards 2018 special edition report.