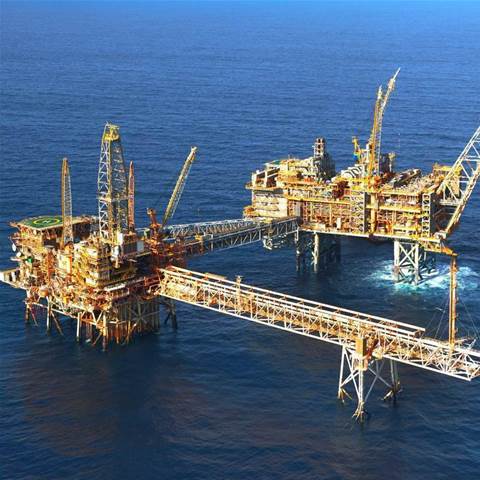 The liquefied natural gas (LNG) producer earned approval for the project in September 2016 and completed the network connection in October last year.

Woodside has tried several times in the past to mount a business case for a fibre optic connection, but experienced problems making the economics work.

However, it has managed to broker a deal in which a “telecommunications carrier” - understood by iTnews to be Telstra - “owns, operates and maintains the network”.

According to internal Woodside-published magazine, the deal “helped reduce the cost by almost 50 percent of the original estimate and seal the decision” to deploy the cable.

Some details of the cable’s architecture are still unclear.

Woodside reported that it was able to “leverage off an existing subsea telecommunications carrier fibre cable, opting to pre-invest in a branching unit, enabling the project to reduce potential infrastructure and capital intensive shore crossing scope".

Branching units are often deployed by subsea carriers in the hope that future users will want to interconnect with their cable system.

A Woodside spokesperson declined to comment on the identity of the owner of the branching unit.

In total, about 100km of fibre optic cable was deployed for Woodside. It connects the North Rankin Complex - which comprises the interconnected North Rankin A and North Rankin B platforms and associated subsea infrastructure - with the onshore Karratha Gas Plant.

From there, traffic can be routed back to Perth, where Woodside has its headquarters.

The subsea cable is capable of up to 1Gbps and can be expanded to support 10Gbps, Woodside noted.

This is a “vast increase in bandwidth” on the troposcatter radio communications network that previously linked North Rankin with Mount Wongama, about 3km north of the onshore gas plant.

Troposcatter systems have their roots in the 1950s, according to vendor Comtech Systems. They are used “for point to point communications beyond line of sight (over the horizon) between remote geographic areas where microwave and cable links were not feasible".

Troposcatter systems use the troposphere - the lower portion of the Earth’s atmosphere - to transmit and receive radio signals.

Woodside first deployed the troposcatter system at North Rankin A in 1984.

Not much has been written about its capabilities, however a 2009 upgrade announcement notes the network had been capable of 2Mbps in late 2007, increasing to 16Mbps post-upgrade in 2009.

Capacity was not the only concern.

The equipment powering the network had been outside vendor support for three years. In addition, Woodside faced uncertainty around its ability to continue using the spectrum needed for the troposcatter system in the future.

“Recent Australian Communications and Media Authority (ACMA) … licence changes
have not been favourable towards the Woodside-owned system, increasing the risk for future licence renewals,” the energy firm said in its magazine.

Woodside said the fibre optic cable replacement project was completed five months ahead of schedule and was already resulting in “big savings on [the] first cost estimates”.

Connectivity to the North West Shelf off Western Australia - home to many firms' LNG platforms - has been improving in recent times.

Some of those improvements have been driven by the arrival of the North West Cable System (NWCS), which was formerly owned by Nextgen and is now run by Vocus. It counts Shell and Inpex among its customers.