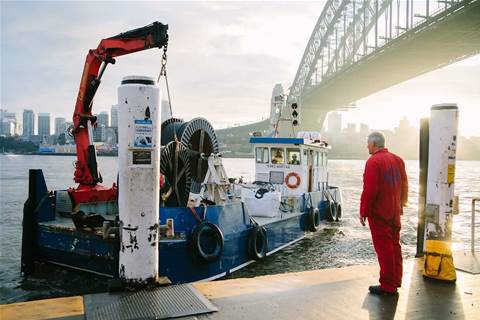 Vocus will perform equipment upgrades in five capital cities to boost capacity on its terrestrial network in preparation for the launch of a new subsea cable.

The telco today said it would upgrade the terrestrial network “to deliver an additional 8Tbps of capacity across the country”.

Most of the extra capacity will be laid on for hauling traffic from Perth - where the Australia Singapore Cable (ASC) lands - to the major east coast business hubs of Sydney and Melbourne.

However, it is understood that the upgrades will occur in five major cities, involving the installation of extra transmission equipment and line cards in Perth, Adelaide, Melbourne, Canberra and Sydney.

Vocus declined to provide a current figure for its terrestrial network capacity, making it difficult to verify the size of the planned upgrade.

In a statement head of international Luke Mackinnon said the telco was expecting “immediate network activity when the ASC is ready for service”.

Vocus has been cagey on numbers, but Mackinnon predicted last month that international traffic routing via the east and west coasts of Australia could even out to 50/50 within 18 months, as several cables on the west coast route between Perth and Singapore are built.

While the ASC would not be the only beneficiary of a rebalancing of international routing, it could pick up significant capacity if Mackinnon’s prediction becomes reality.

Currently it is thought as much as 90 percent of Australia’s internet traffic is sent to the US and Asia via east coast routes.

Vocus - like other subsea players - is at the annual Pacific Telecommunications Council (PTC) conference in Hawaii.

Telstra, which is also at the show, marked the occasion with investments in two new cable systems connecting the US and Hong Kong.