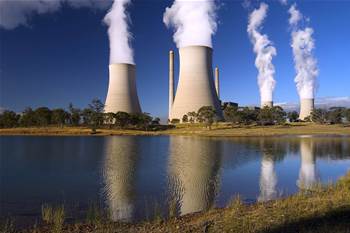 AGL first revealed its intention to consolidate aging ERP systems it has inherited from myriad business acquisitions over the years last September.

It had previously hinted at such a drive the month prior when announcing its $300m digital transformation drive.

At its full year results in August it put the cost of the program at $130 million. It spent much of the first part of this year conducting scoping works and a cost-benefit analysis, and said it expected the program would be complete by the end of 2018 "or shortly after'.

Otherwise it has remained releatively tight-lipped on the nature of the program, which is internally dubbed "PT3".

However, in annual general meeting documents today AGL revealed the project had received board approval and was underway.

Job advertisements posted over the latter half of this year and recent hires AGL has made reveal the energy giant has selected SAP S/4HANA as its new ERP platform.

It will use the cloud-based Ariba for procurement, Fieldglass for vendor management, and Concur for expense management.

However it appears to have chosen SAP rival Workday for human capital management, rather than SAP's own SuccessFactors product, according to job ads as well as a post from an AGL executive earlier this year.

The energy company did not respond to request for comment.

AGL's own core ERP system has long been an SAP platform. The transformation will see it upgrade its own platform and migrate the ERPs acquired through acquisition onto SAP S/4HANA.

"The main objectives of the consolidation onto a common platform are to realise the benefits of a common simplified process and standardised data structures across the organisation."

AGL is expecting "major improvements in maintenance and asset management, procurement effectiveness, and in how we manage our financials and our people" as a result.