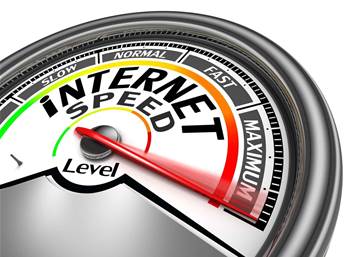 Will compensate customers for underperformance.

Optus will offer compensation to 8700 of its customers who were sold NBN plans than their connections were incapable of achieving.

The Australian Competition and Consumer Commission (ACCC) today said those affected by the Optus NBN speed issues had signed up to a range of plans with a 'boost max' add-on between September 1 2015 and June 30 2017.

'Boost max' boasted maximum download speeds of up to 100 Mbps and maximum upload speeds of 40 Mbps, but technical limitations on users' FTTN or FTTB connections meant achieving these speeds was not possible.

As was the case with Telstra, many of the affected customers could not even achieve the maximum speeds advertised for the next lowest-tiered NBN wholesale plan.

The ACCC had similarly found 9606 Telstra NBN FTTN users could not receive 50/20 Mbps speeds while signed up to a plan offering maximum 100/40 Mbps speeds.

"This is a concerning trend we have seen throughout the industry and we are working to fix this," ACCC chairman Rod Sims said in a statement.

RSPs have previously told iTnews that they rely on poor line speed data at the point of sale, making it difficult to accurately sell retail NBN plans.

However, this does not preclude them from having to meet Australian consumer law.

The ACCC said Optus had admitted that it had likely contravened Australian consumer law by promoting and offering plans with advertised speeds that could not be achieved.

Optus will contact affected customers before March 2 next year offering refunds, the ability to move to a new speed plan, discounted plans, or the ability to exit a contract without paying a fee.

The court-enforceable undertaking Optus has provided the ACCC also requires the telco to make sure new NBN customers are getting their advertised speeds within four weeks of a connection.

“This undertaking is yet another step towards an industry standard of providing accurate information to consumers about the speeds they can achieve in real-world conditions, and ensuring that consumers get what they pay for,” Sims said in a statement.

“We are continuing to investigate other retail service providers selling NBN broadband plans, and will take enforcement action if we consider that they are not delivering on their promises to customers.”

The ACCC will commence its broadband monitoring performance program - which will see the speeds experienced at 4000 homes recorded over the next four years - next month.