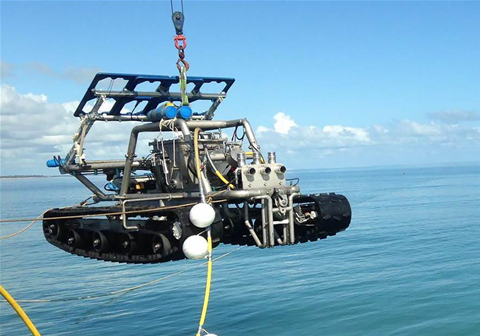 Vocus has predicted that the split of international traffic routing via Australia’s east and west coasts will be 50-50 “in around 18 months”.

The telco’s head of international, Luke Mackinnon, said beyond that, routing traffic via Asia instead of the US will “start to dominate”.

Vocus has plenty of self-interest in that outcome materialising: its Australia-Singapore Cable (ASC) project is due to come online in July next year, while a rival project on the same route by the Indigo consortium will further ramp up capacity.

Currently, the route is constrained by the at-capacity and frequently cut SEA-ME-WE3 cable.

“Vocus Group traffic modelling shows a tipping point will come in around 18 months when Australia's international data traffic will be split 50:50,” Mackinnon said.

“Half will travel west to Asia, the other half will go east to the USA.”

Comment has been sought from Vocus on the current split in international traffic routing.

Driving this change in part is the shift of compute and over-the-top (OTT) platforms and content to run out of Singapore rather than the US.

“The US historically provided the majority of our transit and peering traffic as that’s where the content was,” Mackinnon said.

“Now the development of the over-the top companies has seen them push their infrastructure out to the edge putting them closer to the end users.

“There’s been a stagnation in the amount of traffic heading east, all the growth is to the west.”

Mackinnon said while clouds and content were increasingly being served out of Singapore, Australians may still be accessing those services via cable links to and from the US, instead of more directly on the Perth-Singapore route.

He noted that when ASC comes online, “the latency between customers in Australia and cloud servers in Singapore will drop 30 percent compared to existing routes out of the east coast".