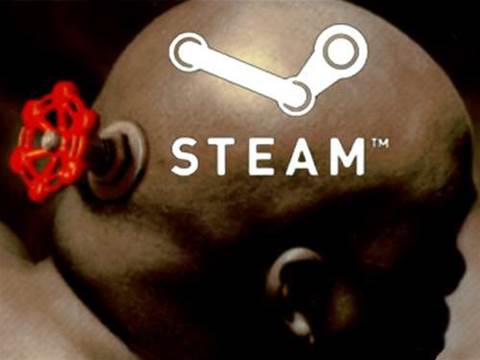 Steam will no longer allow its customers to pay for games using Bitcoin because the currency’s “extreme” volatility is causing problems with underpayments and fees.

The service said in a statement it had “become untenable to support Bitcoin as a payment option".

“We may re-evaluate whether Bitcoin makes sense for us and for the Steam community at a later date,” it said.

Bitcoin surged above US$12,000 (A$15,865) yesterday but has also experienced several major slumps where thousands were wiped from its value.

Those slumps have been particularly painful for e-tailers that accept the currency, such as Steam.

“The amount it can change has been increasing recently to a point where it can be significantly different.”

Steam’s operator Valve Software said it was then having to either refund users or ask them for more money to cover the loss in value of the currency while the transaction was completed.

However, “in both these cases, the user is hit with the Bitcoin network transaction fee again,” the service provider said.

“This year, we’ve seen increasing number of customers get into this state,” it said.

“Transaction fees that are charged to the customer by the Bitcoin network have skyrocketed this year, topping out at close to US$20 a transaction last week (compared to roughly US$0.20 when we initially enabled Bitcoin).

“With the transaction fee being so high right now, it is not feasible to refund or ask the customer to transfer the missing balance (which itself runs the risk of underpayment again, depending on how much the value of Bitcoin changes while the Bitcoin network processes the additional transfer).”