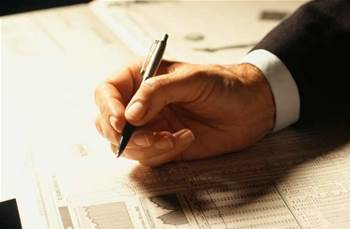 A six-month review of Western Australia’s public sector has called for the functions of the Office of the Government Chief Information Officer to be carved up and moved within the state’s central agencies.

The final report from the state's service priority review, released on Wednesday, serves up a course of action for the government to begin reforming the functions, operations and culture of the public service.

It offers 37 actions aimed at achieving reform, one of which proposes transferring the IT policy functions currently held by the OGCIO to “a discrete office” within the Department of Premier and Cabinet.

“The broad-based policy functions associated with digital transformation, cyber security and data sharing should be located within the Department of Premier and Cabinet (DPC) with a clear mandate to drive ICT policy across the public sector,” the report states.

The report also recommends that the state's ICT procurement function sit within Department of Finance so to provide “better value and leverage commercial and contracting expertise within that department.”

The OGCIO was established by the former Barnett government in 2015 in an effort to reduce the state’s ICT spending by as much as $100 million over four years, but it was never given adequate resourcing to carry out its remit.

It is slated to run out of money and cease operation in six months’ time unless given a lifeline by the government in the next state budget. The state’s IT minister David Kelly told iTnews in August that he was awaiting the findings of the review before making a decision on the future of the OGCIO.

The review said submissions had pointed to a continued “lack of cross-government ICT leadership”, largely due to the fact OGCIO is operating without a clear mandate.

“The OGCIO’s role and mandate is widely regarded as limited and ICT priorities are accordingly subservient to competing expenditure decisions at agency level.”

The report also indicates that stakeholders raised concerns about the state’s Digital WA strategy, published in May last year, during the course of the review.

These include lacking the requirement for agencies participate in Digital WA initiatives, which “presents a significant risk to realisation of the state’s digital transformation agenda”.

The report recommends a “major shift in how the Western Australian public sector uses technology and data”, advocating for a whole-of-government approach to service delivery and the increased use of online services.

It notes the state’s limited progress towards online services – with only 2.5 percent of government services are currently available online – puts it in a good position to “learn from experiences in other jurisdictions”.

This is despite OGCIO’s efforts to create a common platform for delivering services across the state, known as ServiceWA.

It suggests a new approach could incorporate “both increased availability of services online and regional co-location of service delivery agencies” to meet service delivery challenges unique to the state’s geographically dispersed population.

It also points to single whole-of-government website like the UK’s GOV.UK platform as a way of potentially replacing the hundreds of agency websites across government.

“A single, highly functional website would put the community first by providing, in one location, the information and services people and businesses need from the government,” the review states.

“This could result in significant cost savings for the public sector, eliminating the need for agencies to host, maintain and manage their own sites.”

However, prior to implementing any digital transformation projects, the DPC should conduct a feasibility study for implementation of government-wide multi-channel transactional service delivery model, the report said.

The report also suggests that DPC develop “a proactive action and response plan to address the specific cyber security risks to the state” as a priority, as well as reiterate calls for the state to introduce privacy and information sharing legislation.

The government has said it will “broadly support” all the review’s recommendations and will begin implementing them throughout the next year.