From a physio to an IT gun 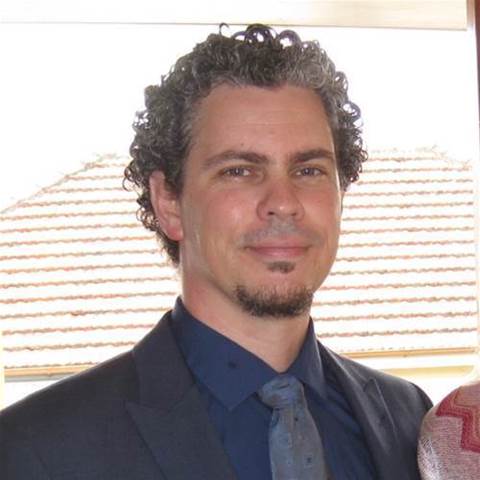 When Josh Simmons joined the Queensland health system as a physiotherapist in 2000, he had no idea about the drastic turn his career would take.

With 17 years experience in this vocation under his belt, Simmons was given the opportunity to wear a new hat: his official job title is now team leader of adoption services for the Metro South Hospital & Health Service.

The path to this new career was entirely accidental: Metro South was rolling out its integrated electronic medical record (ieMR) system at the Princess Alexandra Hospital in Brisbane, when the IT team charged with the rollout approached Simmons to help it get users on board.

He was brought on as a subject matter expert to make sure the system was properly adapted to clinical workflows, and, importantly, would be effectively utilised by the hospital’s health workers.

From there, things moved fast.

“We moved him into our adoption service, and within a couple of months he’d demonstrated some real qualities and became the team leader.”

For the IT team, Simmons’ experience within the business meant he had the knowledge to understand the challenges and solutions clinicians might be facing, and how to communicate them effectively.

His adoption services team is now the go-to support desk for clinicians when they experience issues or have any questions about the multi-vendor workstations on wheels they use every day.

Additionally, Simmons’ team is also now integral for all business continuity processes within the health service because of his adaption of the SBAR (situation, background, assessment, recommendation) framework for communication in healthcare to his new IT life.

“He uses this when there are problems like needing to go into downtime or a network outage [etc] to analyse and talk to technical teams and logically sequence that information to report into the executive, who are primarily clinical staff,” Foxall said.

Metro South says the benefits it’s been able to achieve with the ieMR rollout so far are because the hospital’s clinical and non-clinical staff have embraced the change as a result of the adoption services’ team’s efforts.

Simmons is still accredited as a physiotherapist, but all his training and leadership activities in this space now are undertaken in his down time.

His work hours are spent voluntarily skilling up on technical matters so he can effectively act as a liaison between the IT, business and executive, Foxall said.

“He’s very quickly understanding different components of infrastructure, how the networks work, what a firewall does, and is able to read technical architecture documents and understand them - without any formal training,” Foxall said.

The iEMR has just gone live at Princess Alexandra.

Simmons’ performance as part of this deployment means the IT team is now relying on his services for remaining rollouts at four other hospitals over the next three months.

Simmons is a finalist in the inaugural rising star category of the iTnews Benchmark Awards 2017/18. The full list of finalists can be found here.