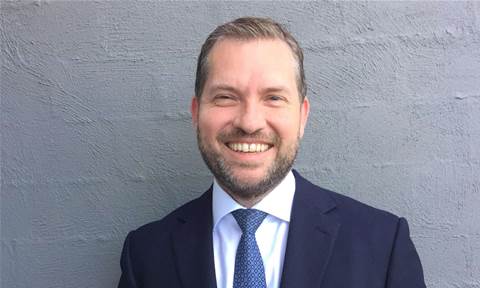 The NSW government has kicked off the search for its next chief information and digital officer to replace outgoing digital tsar Damon Rees.

The Department of Finance, Services and Innovation will today begin looking for “an inspiring and influential leader in ICT and digital technology” to take the reigns from Rees, who has become the permanent head of Service NSW.

A spokesperson confirmed that Rees had officially been appointed CEO of the central service delivery agency after “demonstrating exceptional leadership and commitment to delivering outstanding customer service” during his two-month stint acting in the role.

Rees was appointed the government’s first-ever CIDO back in May last year after answering the call for someone with “runs on the board, and scars on the back”.

He brought with him significant experience in the financial services sector, having served as Macquarie Bank's chief digital officer and head of integration at Westpac, as well as a stint as acting chief information officer at Woolworths.

During his short but jam-packed tenure as the state's senior technology executive, he played an integral role in driving finance minister Victor Dominello’s digital agenda forward, and presided over the state’s first digital strategy, released in May this year.

The next CIDO will now continue to define the NSW government's long-term vision for ICT and digital, including any future whole-of-government digital strategies, and oversee the state’s $2.5 billion yearly ICT spend.

The senior technology executive will approve all major ICT projects across government, and hold responsbility for key infrastructure, such as GovDC and the NSW Identity Hub.

The successful candidate will preferably have experiecnce in commercial consumer services, setting such as a bank or airline, and a record of driving complex change.

The Finance spokesperson said acting arrangements for the CIDO position would continue while the new executive is recruited.

Transport for NSW CIO Tim Catley will take the reins until December 1, at which time Department of Education CIO Stephen Loquet will step into the role for a further two months.

“A rotating acting arrangement allows for closer collaboration across government and the sharing of lessons learnt,” the spokesperson said.