Bulletproof wanted out of being a listed company 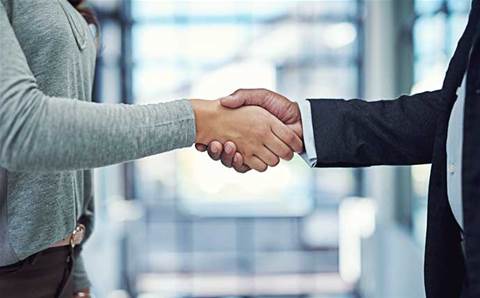 Why MacTel is buying its smaller rival.

MacTel overnight made a $17.9 million bid for Bulletproof, based on a price per Bulletproof share of $0.11.

The offer is a significant premium on the company's last closing price of $0.067 and the similar levels it has been trading at over the past year.

Bulletproof has struggled to attain the same levels of financial stability it had in the 14 years before it went public via a reverse takeover in 2014.

Operating as a publicly-listed company became too much for the company's management, leading them to look at acquisition by a bigger rival as a way out, MacTel CEO David Tudehope told iTnews.

He said his firm was approached by Bulletproof's management five months ago to initiate takeover talks.

"They decided their future lay in being part of a bigger platform," Tudehope said.

"They'd done so well as a private company - and we'd always respected what they'd done - but as a very small publicly listed company, it was so distracting for the management; you can't put the focus on the business unless you're a much larger organisation where you have lots of staff to help you.

"They recognised that to be successful they really needed the financial stability of a company like Macquarie."

Tudehope said Bulletproof had been attracted to MacTel for its data centres as well as its focus on the customer, while MacTel spied an opportunity to add a public cloud service to its portfolio.

"All the analysts say the market is moving to hybrid IT. [Customers are] choosing either co-lo, private cloud or public cloud, or something in the middle - having the full suite is really compelling for us," Tudehope said.

Should the deal go ahead - it is contingent on Bulletproof's shareholders voting it through, though CEO Anthony Woodward has already granted MacTel the right to buy his 16 percent shareholding - Bulletproof will form part of MacTel's cloud services unit.

Tudehope said how exactly Bulletproof would operate under MacTel would be nutted out once the takeover is approved.

"After we complete the acquisition in the new year we'll sit down with the management of Bulletproof and work out how we can combine the businesses. We think that's the way to get the best result," he said.

"The valuable assets of Bulletproof are its customers and its staff: our primary focus is taking care of them, while fixing some of the things that have held Bulletproof back, like financial stability."

A merger of the two would create a listed cloud company with around $270 million in revenue.

MacTel currently has a market cap of $295.6 million, and Bulletproof's market cap is sitting at $10.9 million.