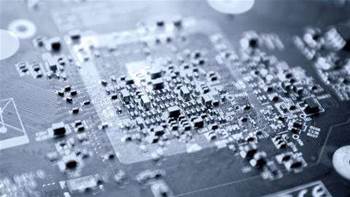 After holes found in Management Engine.

Intel has issued patches for a large range of its processors to fix a security vulnerability that affects millions of PCs, servers and internet of things devices.

The most serious flaw involves multiple buffer overflows in the operating system kernel for the Intel Management Engine (ME) firmware, which allow attackers to run arbitrary code on vulnerable systems.

Attackers can exploit the vulnerability to "load and execute code outside the visibility of the user and operating system" Intel said after reviewing researchers' August report about the flaw.

Intel's Management Engine is used for local and remote system management, which can be performed out of band even when the computer is turned off.

It runs a version of the UNIX-like MINIX operating system and is a separate processor that is embedded in the motherboard chipset on computers with Intel central processing units. It was introduced in 2005.

ME has full access to the computer's system memory as well as network adapters. However, the operating system cannot access ME, and researchers noted that it was almost impossible to disable the feature to protect against possible exploitation of vulnerabilities.

Increasing the risk, ME runs all the time as long as the computer is plugged in, even when other parts of the system are powered down.

"Based on the items identified through the comprehensive security review, an attacker could gain unauthorised access to the platform, Intel ME feature, and third party secrets protected by the ME, Server Platform Service (SPS), or Trusted Execution Engine (TXE)," the chipmaker said.

Beyond running unauthorised code on computers, Intel has identified attack scenarios that could crash systems or make them unstable.

The company listed the following as containing the vulnerable firmware:

Intel has released a software tool for Microsoft Windows and Linux admins to test systems for the ME vulnerability.

The company also advised users to check for firmware updates from their system integrators and vendors.