DTA intervenes to save $20m apprentice IT system 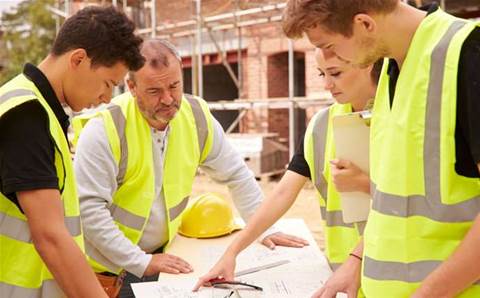 The Digital Transformation Agency has invited itself into the struggling $20 million rollout of a national apprenticeship system to bring the project back under control.

Ongoing difficulties with the Australian apprenticeship management system (AAMS) have left apprentices and training providers waiting more than a year for the online self service platform that was first touted in 2012.

The system - which will register training contracts and administer payments to apprentices - was expected to deliver more than $93 million in savings to the 2015 and 2016 budgets by replacing paper-based processes with online forms.

But more than two years after selecting vendor NEC to develop the new platform and more than a year on from the expected July 2016 completion date, the system is still yet to be rolled out.

In documents tabled overnight, the DTA revealed the project's status had worsened from 'amber' to 'red' over the last two reporting periods.

"The program has experienced multiple delays due to IT readiness and has multiple stakeholder federal and state governments (ATO, DHS, state and territory training authorities in all jurisdictions, training.gov.au, the Australian business register, Australia Post)," the DTA revealed.

It said it was addressing an "unrealistic delivery schedule" for the late-running project, as well as IT and vendor issues, alongside a remediation plan.

Earlier this year a spokesperson for the Department of Education and Training said NEC had realised after starting development that the work would take "significantly longer than originally envisaged”.

NEC had described the solution as "incredibly complex" even before it had started development.

The system needs to interface with core federal, state and territory government systems such as those from Centrelink, the Australian Taxation Office and training.gov.au.

While work continues on the AAMS, apprentices are left struggling with the 16-year old training and youth internet management system (TYMIS), The shortcoming of the aged system regularly force users onto paper-based processes.

It is unclear if the system will meet its scheduled go-live of this month. The Education department has been contacted for comment.

Update: The Education department has advised there is "no new go-live date" for AAMS.

"The Australian government is committed to delivering a quality IT solution and ensuring that stakeholders are kept up to date with progress, and the department is working with stakeholders to achieve a solution," a spokesperson said.

"The delays to the project have had no impact on the ability of employers to hire, train and retain their apprentices, and on apprentices’ ability to find an employer, complete their training, and get real skills and a real career.

"The existing apprenticeship management IT system and manual processes will continue to support apprentices, employers, network providers and the department’s administration of subsidies until the AAMS is delivered."