NAB to 'rebalance' IT workforce 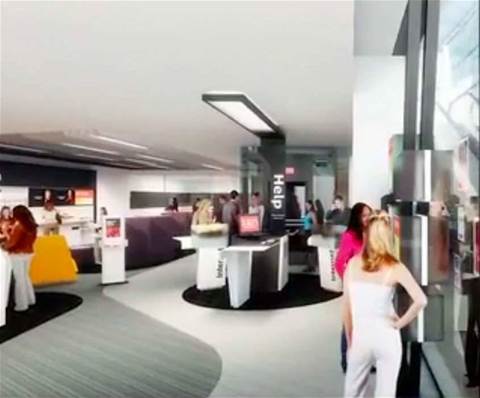 Plans to cut thousands from across bank.

NAB is expecting a net loss of 4000 employees between now and FY20 alongside a “rebalance” of its tech workforce as it scales automation and simplification efforts across the business.

The bank revealed this morning that “about 6000 roles will be impacted as we further automate and simplify our business”, offset in part by the creation of 2000 new roles over the same period.

The net reduction of 4000 staff is the bank’s current target, though it did not indicate whether the end result could be more or less than this figure.

It revealed plans to “rebalance [its] tech workforce”, indicating an intention to “insource critical roles”, suggesting a likely review of business process outsourcing (BPO) of IT.

NAB will also consolidate its IT application landscape, with a target to reduce the number of applications it supports by between 15 and 20 percent.

NAB said it was chasing cost savings of $1 billion by FY20 as a result of automation and simplification, a “flatter” organisational structure, and a focus on procurement.

The bank said in financial filings it plans to halve the number of products it offers - from around 600 to 300 - in the next three to five years.

Whereas only 10 percent of products are “digitally originated” now, it plans to increase that percentage to around 60 percent over the same period.

NAB said it would also aim to remove 20 percent of cost out of current “customer journeys”, such as the way customers interact with the bank for home or business lending services.

It is targeting that level of improvement on 20 such “journeys” and has already started work on the first seven.

Streamlining customer interactions would in part come from the “flatter” organisational structure that has a maximum seven layers “between CEO and customer”.

The bank indicated it is also looking to artificial intelligence (AI) and robotic process automation (RPA) as enablers for simplification.

It said it would aim to “accelerate capability in key areas of digital, technology, data and AI”.

As an example, it said a business banking chatbot launched last month is anticipated to reduce “related contact centre calls and bank visits” by one million between now and FY20.

The bank indicated it would now spend $1.5 billion more than expected between now and FY20.

The investment priorities for the next year include “product and tech simplification”, automation, digital, analytics and “technology resilience” enhancements, such as around cyber security.

NAB CEO Andrew Thorburn said the enormous changes were necessary for the bank to compete in future, particularly against "tech giants" it saw as its biggest emerging source of competition.

"The world is changing and so are we," he said.

"It is a fast changing world and I believe we have to face it with clarity and confidence and from a position of strength.

"Customers' expectations are changing and more is being demanded of every service business.

"Competition is not just going to be our traditional competitors or fintech players, but more significantly the potential for global tech giants to materially impact over time our business model and economics."

"It’s going to be materially simpler, leaner and far more efficient," he said.

That would take a "sustained" focus on improvements, which cut deeper into the business than previous efforts, he argued.

"Feedback from our staff and our customers is consistently that it’s hard to get things done. It’s just too complex and too slow," he said.

"We need to address this not in a piecemeal way but in a sustained way so that we can actually get a step change in efficiency."