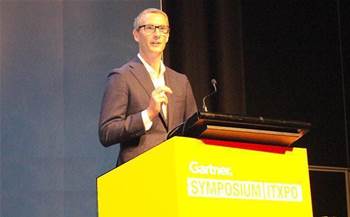 Woodside Energy has started giving its staff access to a prototype of its artificial intelligence avatar, Willow.

Willow has been in development for more than a year and has quickly become popular since its recent limited release, Woodside chief digital officer Tom Ridsdill-Smith told the Gartner Symposium.

"It had about 200 users when it was launched a few weeks ago. When I left the office to come out here it was up around 500 users," he said.

"We didn't release it to more than 200 users so it seems to have escaped captivity and got out into the wild, which is a good thing."

However, Willow was built on open source technology, Ridsdill-Smith said.

"Our perception is IBM got a really good jump start. They were the only company when we started our data science group that was seriously addressing AI for enterprise. There was a lot of AI expertise out there but it was very consumer application focused."

"We are vendor agnostic. We are not bound to any one company or technology," Ridsdill-Smith said.

"Willow, for an example, is a tool we built ourselves using various open source components. It is not an IBM tool."

Willow solves a dilemma for analytics technology: more targeted applications are more successful, but their relevance is also limited.

"The quickest and most effective way we have found to build data science tools is to take a very narrow domain, a very well defined business problem, and build a tool around that," Ridsdill-Smith said.

"This does create some problems quickly. We have built dozens and dozens of these systems and the problem we ran into pretty early on is that we have now proliferated our information sources.

"So problem we were trying to get away from, of needing to look into 20 different places to find something, has become worse."

Ridsdill-Smith said there was also a benefit in being able to look outside an area of narrow focus to "see how information, ideas and insights filter across" different disciplines.

"If we stick [only] with those narrow tools, we have lost that opportunity," he said.

"The idea of Willow was to create a single interface that could work across all the systems of insight in our company."

If a user asks how to connect to the wi-fi, Willow taps into Woodside's "IT how to" systems for the answer; a question like "Who is Cameron" will connect to the HR systems.

The application can also respond to more technical questions based on both historical data and current information.

If a user asks about the water depth at an offshore oil facility, Willow dives into Watson for Everything, which is Woodside's internal "search engine that looks into every document store and website across the company", Ridsdill-Smith said.

When asked a question about current operations, such as "How is our Pluto LNG plant working?", Willow can look for the answer in an analytics application to bring up the most recent summary of information.

Willow was built in a modular fashion, and there are plans to build "a couple dozen more services" in future, Ridsdill-Smith revealed.

To find out more about how Woodside Energy and other major Australian enterprises use artificial intelligence, download our new report.