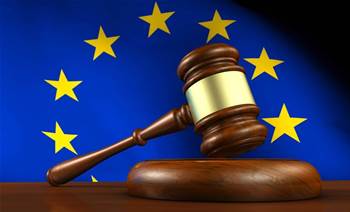 A proposal by the European Commision to filter internet users' uploads at the internet service provider level has been labelled alarming by civil rights organisations.

Under the Directive on Copyright in the Digital Single Market proposal, internet service providers that offer video, image and written content sharing would be obliged to filter uploads to these services.

The requirements are set out in article 13 of the document, which states that ISPs should be required to work with rights holders to ensure they aren't helping to facilitate copyright infringement.

This would mandate ISPs to actively monitor subscriber communications in the European Union, and to filter and block communications that may infringe on copyright, 56 civil rights organisations said in an open letter [pdf].

The obligations would be "impossible to respect without the imposition of excessive restrictions on citizens’ fundamental rights," the letter states.

Requiring ISPs to filter user uploads would not only violate EU citizens' fundamental rights to freedom of expression, it would also contradict existing laws that say such systems are illegal [pdf] as they harm users, the civil rights group argued.

They are pushing for article 13 to be removed from the proposed legislation.

The proposal is currently being debated by the European parliament.

The reforms were first introduced in late 2016 as part of a package of suggested changes to modernise the EU's copyright rules.