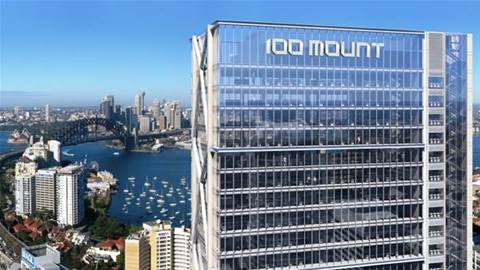 The network builder was yesterday revealed as the major tenant of an under-construction high-rise office tower at 100 Mount Street in North Sydney.

The building will be equipped with smart technologies in order to meet a series of five-star energy ratings.

Construction is expected to be completed in early 2019, with staff moving in to the building from late 2019 and through 2020, in time for the completion of the network.

It is understood that NBN Co will consolidate five existing office spaces in North Sydney and broader Sydney into the single office.

This includes a move out of nearby 100 Arthur Street, where NBN Co occupies several floors.

NBN Co is expecting undisclosed “cost efficiencies” from shifting to a single office space, however some of these savings are likely to come from simply having all its Sydney employees in a single location.

Laing O'Rourke Australia designed and is constructing the tower; it has also signed on as the anchor tenant, though for considerably less space than NBN Co.

Further comment was being sought from NBN Co at the time of publication.

Savills also reported NBN Co signing a separate lease for Queensland at Cannon Hill. However, it appears that agreement may have been signed up to a year ago.