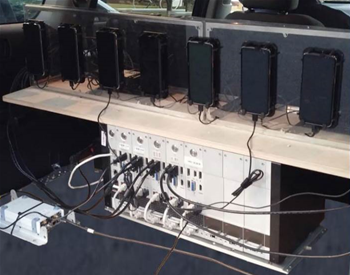 Telstra has paid four network test teams to drive and walk 41,000km to test the strength of mobile signals across Australia.

Group managing director of networks Mike Wright said in a blog post that Telstra commissioned the research to benchmark its coverage against rivals Optus and Vodafone.

Telstra is pumping billions into network improvement after a series of damaging outages last year. It is keen to maintain its image as an operator that can command a premium price for services.

The firm said it used “commercially available SIMs” and conducted tests during the daytime and evening peak.

Unsurprisingly for a Telstra-commissioned piece of work, Telstra came out on top in most categories of measurement.

“On the subject of coverage, Telstra covered over 2150km more road than the nearest competitor Optus and over 5300km more than Vodafone,” the report said.

Overall, however, the researchers praised the quality of LTE services in Australia generally when compared to other parts of the world.

All three of Australia’s major players managed average download speeds between 45.01Mbps and 47.75Mbps. (Telstra’s average upload speed, however, was 7-8Mbps higher than its rivals).

Telstra and Optus were also broadly similar in terms of the amount of kilometres of roadways covered by 4G data.