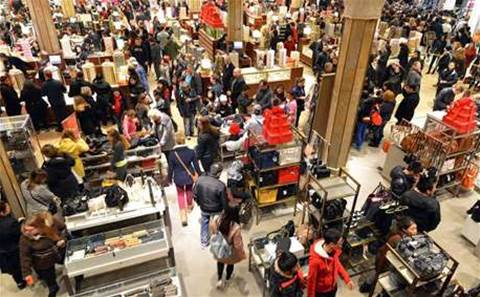 Denies it amounts to 'mass surveillance'.

The enhancement of the facial verification system was flagged yesterday and discussed and agreed to at a special meeting of the Council of Australian Governments (COAG) today.

Prime Minister Malcolm Turnbull said after the meeting that the “national facial biometric matching capability” would not be “accessing photo ID information that is not currently available.”

He denied suggestions that the capability amounted to "surveillance" or "mass surveillance".

“These [photos have been] available to law enforcement agencies now and have been for many years, if not for generations,” he said.

“What we’ve not been doing is accessing them in a modern, 21st Century way.

“It shouldn’t take seven days to be able to verify someone’s identity or seek to match the photo of someone who is a person of interest. It should be done seamlessly and in real time.”

Victorian Premier Daniel Andrews was also critical of the current amount of manual effort involved for law enforcement and security agencies when trying to identify people of interest to investigations.

“State and Territory motor vehicle and driver’s licensing agencies have been manually providing this information for a very long time,” Andrews said.

“To say that it was inefficient or not fit for purpose was an understatement.

“In my judgement it would be unforgivable to not make changes when the technology, know-how, confidence and safeguards are available to effect that change and to give to those who put themselves in harm’s way in our protection every day the tools and supports that they need.”

Andrews largely dismissed privacy concerns around the creation of the single database of photos.

“There will be some today who will focus on the notional infringement or reduction in people’s rights, liberties and freedoms - the rights and liberties of a small number of people,” he said.

“Some people have the luxury of being able to have that notional debate. Those of us in positions of leadership do not have that luxury.

“We are called to act and make the changes necessary to give to law enforcement and our security agencies everything they need to keep Australia safe.”

However, ACT Chief Minister Andrew Barr was more cautious on privacy impacts, indicating he was a conditional signatory to the agreement.

The ACT has its own Human Rights Act and faced questions over whether the national database would be legal.

"Issues of human rights and privacy were at the forefront of the ACT’s consideration of participating in a number of elements of what we have agreed to today," Barr said.

"We have sought to highlight the importance of privacy and of civil liberties.

"Our agreement with the Commonwealth is explicit in terms of how we will participate and explicitly references our Human Rights Act.

"They’re the controls and protocols that are in place for our participation and the use of any ACT data in this process."

It is hoped that the national capability will be ready in time for the 2018 Commonwealth Games.

Some states - including Queensland - will need to legislate to enable licence data to be transferred into a federally-controlled database.

"We need to get that legislation in place as quickly as possible," Queensland Premier Annastacia Palaszczuk said.

Turnbull faced repeated questions over the potential for scope creep in the use of the database, and whether the capability would become a tool for "mass surveillance" of the Australian population.

He denied that suggestion, saying that the database would consist only of "photographs that are already being accessed" by agencies. He said CCTV "data" would not also be added.

"If the police had identified someone on CCTV they were concerned about they could then refer to that database and find out who they were in real-time," Turnbull said.

"Equally, if you are able in real time to identify who you are seeing going into an airport or sporting stadium, the real-time part of it comes from having access to the photo identity database."

The database would be accessible by "people with a lawful purpose" - whether that is law enforcement agencies or perhaps other government agencies seeking to identify an individual.

Turnbull noted one potential use case is "for people to establish their identity" if they lose all their documents to a flood or other natural disaster.

"It would enable them rapidly to be able to identify and demonstrate who they are so they can get their national identity documents restored," Turnbull said.

The government would act as the owner and gatekeeper over who was able to access the database.

"If government approves the access then parties [other than law enforcement] would have access but it would have to be approved," Turnbull said.

"Most people would assume if the police saw a person they were concerned about on CCTV, they could turn to a computer system and quickly work out who that person was. The answer is they can't, and what we're doing is ensuring that they can."

Also agreed today at the COAG meeting was an expansion of the phone-based national Emergency Alert warning system.

It is currently used to warn citizens in cases of natural emergencies, but the changes announced today will also “make it available for use during a national security incident”.

“By agreeing to this, leaders are better equipping agencies to communicate with the public during a terrorist incident, including encouraging people to move away from areas where they may be at risk,” the COAG leaders said in a communique published after the meeting.