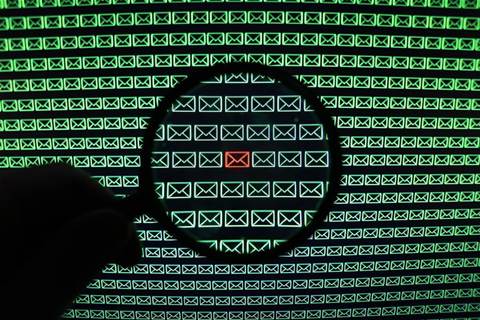 New owner of ArcSight not so cooperative.

Hewlett Packard Enterprise (HPE) allowed a Russian defence agency to review the inner workings of cyber defence software used by the Pentagon to guard its computer networks, according to Russian regulatory records and interviews with people with direct knowledge of the issue.

The HPE system, called ArcSight, serves as a cybersecurity nerve centre for much of the US military, alerting analysts when it detects that computer systems may have come under attack.

ArcSight is also widely used in the private sector.

The Russian review of ArcSight’s source code was part of HPE’s effort to win the certification required to sell the product to Russia’s public sector, according to the regulatory records seen by Reuters and confirmed by a company spokeswoman.

Six former US intelligence officials, as well as former ArcSight employees and independent security experts, said the source code review could help Moscow discover weaknesses in the software, potentially helping attackers to blind the US military to a cyber attack.

“It’s a huge security vulnerability,“ said Greg Martin, a former security architect for ArcSight. ”You are definitely giving inner access and potential exploits to an adversary.”

Despite the potential risks to the Pentagon, no one Reuters spoke with was aware of any hacks or cyber espionage that were made possible by the review process.

The ArcSight review took place last year, at a time when Washington was accusing Moscow of an increasing number of cyber attacks against American companies, US politicians and government agencies, including the Pentagon. Russia has repeatedly denied the allegations.

The case highlights a growing tension for US technology companies that must weigh their role as protectors of US cybersecurity while continuing to pursue business with Washington’s adversaries such as Russia and China, say security experts.

The review was conducted by Echelon, a company with close ties to the Russian military, on behalf of Russia’s Federal Service for Technical and Export Control (FSTEC), a defence agency tasked with countering cyber espionage.

Echelon president and majority owner Alexey Markov said in an email to Reuters that he is required to report any vulnerabilities his team discovers to the Russian government.

But he said he does so only after alerting the software developer of the problem and getting its permission to disclose the vulnerability.

Echelon did not provide details about HPE’s source code review, citing a non-disclosure agreement with the company.

FSTEC confirmed Markov’s account, saying in a statement that Russian testing laboratories immediately inform foreign developers if they discover vulnerabilities, before submitting a report to a government “database of information security threats.”

One reason Russia requests the reviews before allowing sales to government agencies and state-run companies is to ensure that US intelligence services have not placed spy tools in the software.

HPE said no “backdoor vulnerabilities” were discovered in the Russian review. It declined to provide further details.

An HPE spokeswoman said source code reviews are conducted by the Russian testing company at an HPE research and development centre outside of Russia, where the software maker closely supervises the process.

No code is allowed to leave the premises, and HPE has allowed such reviews in Russia for years, she said.

Those measures ensure “our source code and products are in no way compromised,” she said.

Some security experts say that studying the source code of a product would make it far easier for a reviewer to spot vulnerabilities in the code, even if they did not leave the site with a copy of the code.

In a 2014 research paper, Echelon directors said the company discovered vulnerabilities in 50 percent of the foreign and Russian software it reviewed.

Still, security analysts said the source code review alone, even if it yielded information about vulnerabilities, would not give hackers easy entry into the military systems.

To infiltrate military networks, hackers would need to first overcome a number of other security measures, such as firewalls, said Alan Paller, founder of the SANS Institute, which trains cybersecurity analysts

Paller also said HPE’s decision to allow the review was not surprising. If tech companies like HPE want to do business in Russia, ”they don’t really have any choice,” he said.

HPE declined to disclose the size of its business in Russia, but Russian government tender records show ArcSight is now used by a number of state firms and companies close to the Kremlin, including VTB Bank and the Rossiya Segodnya media group.

Whether the customer is Russia or the United States, overlooked errors in software code can allow foreign governments and hackers to penetrate a user’s computer.

Exploiting vulnerabilities found in ArcSight’s source code could render it incapable of detecting that the military’s network was under attack, said Allen Pomeroy, a former ArcSight employee who helped customers build their cyber defence systems.

“A response to the attack would then be frankly impossible,” Pomeroy said.

The HPE spokeswoman said Reuters’ questions about the potential vulnerabilities were “hypothetical and speculative in nature.”

HPE declined to say whether it told the Pentagon of the Russian review, but said the company “always ensures our clients are kept informed of any developments that may affect them.”

A spokeswoman for the Pentagon’s Defense Information Systems Agency, which maintains the military’s networks, said HPE did not disclose the review to the US agency.

Military contracts do not specifically require vendors to divulge whether foreign nations have reviewed source code, the spokeswoman said.

The US military agency itself did not require a source code review before purchasing ArcSight and generally does not place such requirements on tech companies for off-the-shelf software like ArcSight, the Pentagon spokeswoman said.

Instead, DISA evaluates the security standards used by the vendors, she said.

Echelon operates as an official laboratory and software tester of FSTEC and Russia’s FSB spy agency, according to Russian government registries of testing laboratories and software certifications reviewed by Reuters.

US intelligence has accused the FSB of helping mount cyber attacks against the United States and interfering in the 2016 presidential election.

Markov, Echelon’s president, defended the reviews, saying that “if a vulnerability is found, everyone is happy” because the detected flaw means laboratory experts are “able to demonstrate their qualifications” and “the developer is happy that a mistake was detected, since by fixing it the product will become better.”

Russia in recent years has stepped up demands for source code reviews as a requirement for doing business in the country, Reuters reported in June.

A number of international companies, including Cisco Systems, the world’s largest networking gear maker, and German software giant SAP, have agreed to the reviews, though others, including cybersecurity firm Symantec, have refused because of security concerns.

US government procurement records show ArcSight is used as a key cyberdefence bulwark across much of the US military including the Army, Air Force and Navy.

For example, ArcSight is used to guard the Pentagon’s Secret Internet Protocol Router Network (SIPRNet), which is used to exchange classified information, according to military procurement records.

The Pentagon spokeswoman declined to comment on risks posed by specific products to its network but said all software used by DISA is “extensively evaluated for security risks,” and continually monitored once deployed.

The software draws activity records from servers, firewalls, and individual computers across a network - up to hundreds of thousands per second.

The system then searches for suspicious patterns, such as a high number of failed login attempts within a few seconds, and alerts analysts.

Today ArcSight is a virtually irreplaceable tool for many parts of the US military, at least for the immediate future, Pentagon records show.

“HP ArcSight software and hardware are so embedded,” the Pentagon’s logistics agency wrote in April, that it could not consider other competitors “absent an overhaul of the current IT infrastructure.”

HPE agreed last year to sell ArcSight and other security products to British tech company Micro Focus International Plc in a transaction that was completed in September.

Jason Schmitt, the current head of the ArcSight division, said the product makes up a little less than half of the US$800 million in annual revenue Micro Focus expects to get from the security software business purchased from HPE.

Schmitt said he could not comment on any source code review that took place before this year, when he took the job, but said such reviews do not currently take place.

Micro Focus did not respond to requests for comment on whether it would allow Russia to do similar source code reviews in the future or whether Micro Focus executives knew of the review prior to the acquisition.

Reporting by Joel Schechtman and Dustin Volz in Washington and Jack Stubbs in Moscow; Editing by Jonathan Weber and Ross Colvin