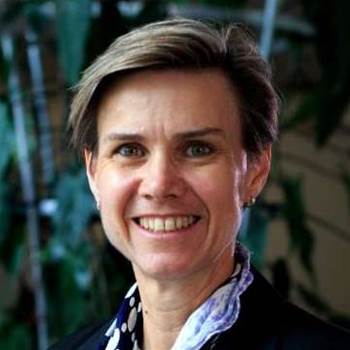 To look after ICT investments.

The Bureau of Meteorology’s chief information and digital officer Dr Lesley Seebeck will leave the agency in October to become the Digital Transformation Agency's chief investment and advisory officer.

Seebeck has been the head of the weather bureau’s IT shop since 2014, where she oversaw the replacement of the agency’s critical supercomputer, an effort that earnt her the top federal government prize in this year’s iTnews Benchmark Awards.

She also led the response to the 2015 cyber intrusion on the agency’s networks, which the Australian Cyber Security Centre last year revealed had most likely resulted in foreign adversaries making away with information.

She will now take on one of the most demanding roles across the federal government, as the DTA attempts to wrangle IT spend as part of a tough new procurement stance.

Seebeck is no stranger to whole-of-government roles.

She spent her years prior to the BoM as assistant secretary of the Department of Finance’s then ICT skills, capability and investment branch, and briefly acted as at the government CIO prior to the restructure of the AGIMO, before heading up an office of digital government investment and insurance.

The bureau is now looking for replacement chief information and technology officer to oversee it's data, infrastructure and systems, and lead a team of 600 staff.