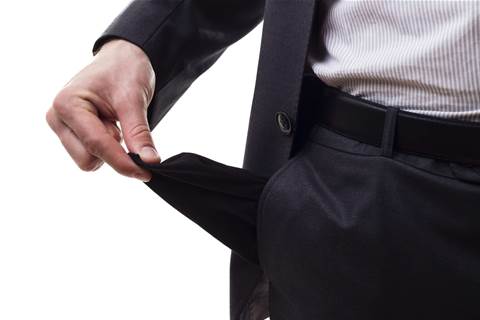 Vocus has revealed the average margin it makes off an NBN user is now $5 less per month than an ADSL user, highlighting the strained economics for ISPs making the transition.

The telco said in financial filings today that its average margin per user (AMPU) on the NBN was $20.26 a month in FY17, compared to $25.26 off its remaining ADSL customers.

“We’re $5 shy of where we are in copper margins today,” Vocus CEO Geoff Horth confirmed.

“We expect to see some further increases in wholesale costs over the course of FY18.”

Some of that increase would come as the company’s existing copper base migrate over to the NBN.

“We have circa 200,000 of our current copper portfolio that we expect to migrate to NBN in FY18 so that will, just on a volume basis, certainly drive CVC costs as a component of our input costs up materially,” Horth said.

However, he said CVC costs would not grow at the rate they did in FY17, in part because of a new discount structure that NBN Co brought into effect on June 1.

“The discount tier structure will have some benefits as we step up capacity but the ability to manage the amount of CVC you’re provisioning [also] becomes stronger the larger the portfolio,” he said.

Horth indicated he was hopeful of “mitigating” future increases in CVC costs by “changing the mix of sales”, which would see more users sign onto 50 Mbps and 100 Mbps plans.

He said the company planned to relaunch iPrimus in part to attract higher value customers.

At the same time, Horth said ongoing internal transformation efforts “will help us to significantly drive down cost to serve in that segment and mitigate some of the headwinds we’re seeing with the transition to NBN".

NBN Co’s economic model is predicated on driving up the average revenue per user (ARPU) it is able to generate from its wholesale rates.

Its future revenue predictions are currently pegged to achieving a $52 ARPU by 2020; it is currently stagnant at $43.

Horth said the industry generally was grappling with how to make a success of NBN, particularly with the planned wholesale cost hikes.

“The category is broadly feeling the pressure of increasing pricing of NBN,” he said.

“That’s not unique to Vocus; in fact it’s a much more significant issue for some of our competitors who are coming off a much lower cost base into NBN.

“Obviously driving customers into higher value plans is one way to drive your ARPUs up. We’ve had very constructive conversations with NBN Co and the government around this. We think the way to achieve that outcome is to actually make the higher end plans more compelling to resell.

“Arguably as they make the 50 Mbps or 100 Mbps services more compelling, it allows us to drive a greater share of our total services onto those higher ARPU plans.”

That, by inference, could also help Vocus regain some of the margin that the NBN transition is costing it on consumer services.

David Spence to step down

Vocus also revealed today that its chairman David Spence would retire from the board following the company’s AGM in late October.

Horth would not comment on why Spence was stepping down at such a critical time for Vocus; after twin profit downgrades and a now-abandoned attempt to sell the company, Vocus is hoping to trade out of trouble on its own.

He said questions on Spence’s decision would have to wait until the company's annual general meeting.

“I’m not going to comment on that,” Horth said.

The company reported an underlying net profit after tax (NPAT) for FY17 of $152.3 million. That missed its own forecasts but was expected.

Vocus last week wrote down the value of assets on its books by $1.5 billion. Horth said “we recognise that this write-off does not reflect well on the prices paid in M&A [merger and acquisition] transactions in recent years".

The telco flagged the prospect of future “non-core” asset sales but declined to reveal what could be put on the chopping block.

It did not declare a final dividend for FY17. The company paid an interim dividend back in April.