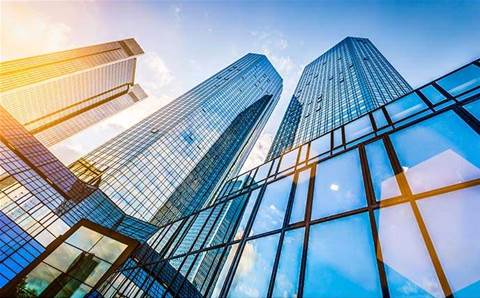 Building owners allege some telcos offer them $1 or less in rent for the space taken up by telecommunications equipment, and have warned the government to tighten, not relax, relevant laws.

The Property Council of Australia - which claims to represent the $670 billion property investment industry - said its constituents held a “unanimous” view that telcos used “aggressive, dominant behaviour” to install equipment on and in buildings under existing laws.

The government surprised many in June when it decided to test whether it should relax the laws that stipulate what telcos can install where. Some of the changes would make it easier for NBN Co to complete its network.

The laws allow telcos to bypass some state and local planning rules when deploying equipment such as antennas, dishes and cabling.

But the move to relax this legislation has outraged the Property Council, which has offered to take the government through confidential case studies it says shows “the impacts of carrier activities across Australia’s buildings”.

It alleges at least one carrier instructs its staff to offer rent of just $1 to host a distributed antenna system on a building, and that the staff “must offer $1 as rental … seven times before they are able to escalate the matter internally for approval to offer anything higher”.

The council said “in many cases” property owners simply gave up and agreed because "it is too difficult and time consuming to deal with”.

It further alleged that “a handful of carriers (including most of the fibre carriers) [refuse] to pay any compensation to building owners for space lost to the carrier’s equipment”.

“The [Telco] Act is vague as to what constitutes ‘compensation’ and requires disputes to be managed via the federal court system with no low-cost means of arbitration available unlike most other industry sectors,” the Property Council said in a submission first reported by the Australian Financial Review.

That could lead building owners to simply write-off losses rather than place themselves in a position to incur more, it said.

The Property Council also raised concerns that carriers simply left end-of-life cabling and equipment in place rather than remove it, “leading to clogged risers and tenant areas”.

The council has asked the Department of Communications - which is overseeing the review of the laws - to “reject the proposed amendments and instead work collaboratively with industry stakeholders and take proactive steps to address the current issues faced".

It wants a new code of conduct set up and managed by the ACCC as well as changes to existing laws that would force carriers to negotiate “proper license agreements” for building space.

It also wants to see a low-cost alternative to the federal court to allow building owners to settle any outstanding disputes.

It is unknown how the Property Council’s comments fit within broader feedback on the proposed changes to the telecommunications laws. Submissions to the process have not been publicly released by the Department of Communications.